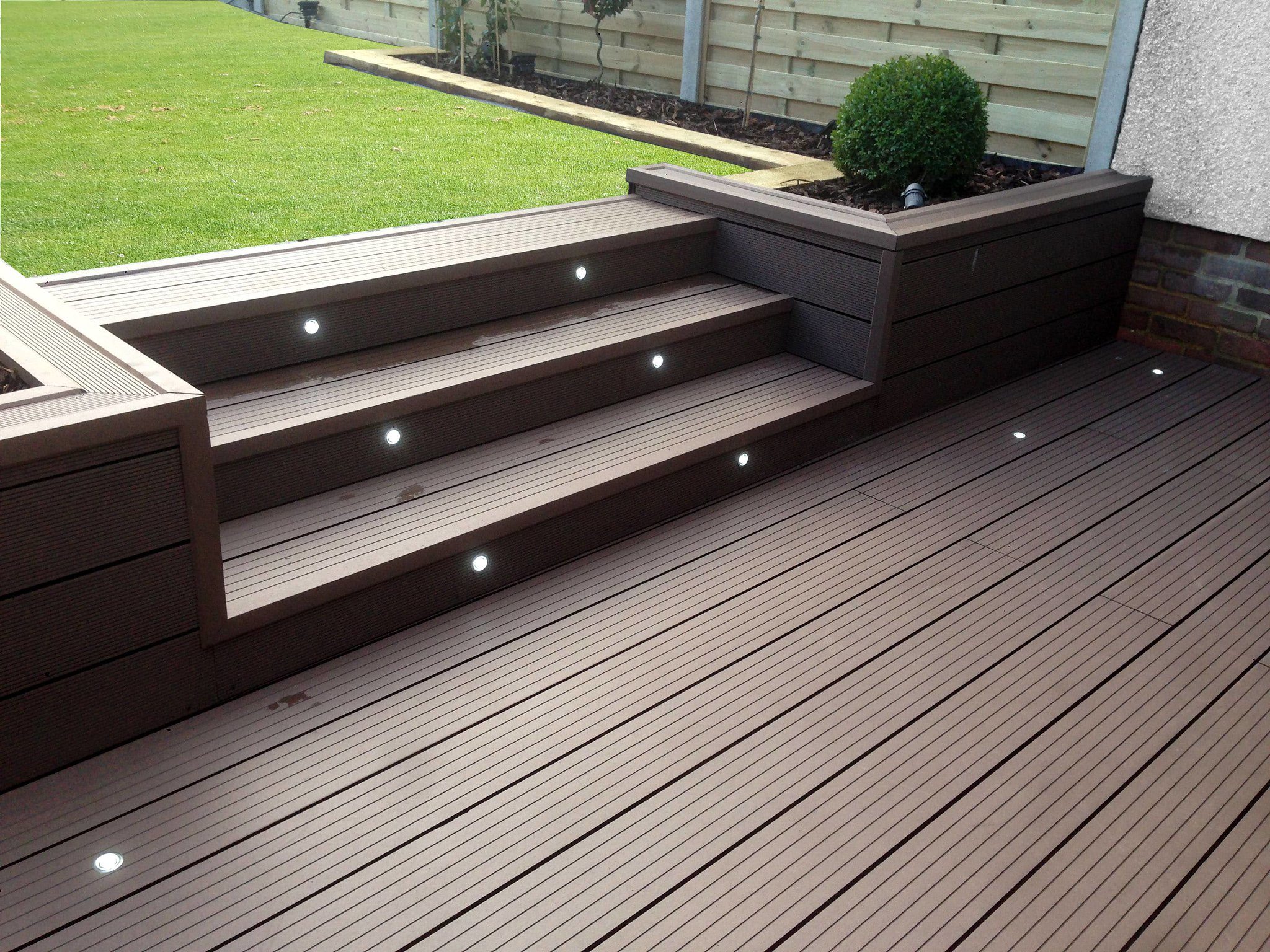 It can be said that we live in a plastic world. Ever since plastic was first invented, in 1907, it has taken over more and more applications from metal, wood, glass and other more natural materials. Many products or parts of a product that were once made of wood or metal can no longer be found in those materials, because plastic has totally taken over the marketplace.

There are two main reasons for plastic’s popularity. One is the relative cost of the material. Compared to either wood or metal, plastic is considerably cheaper; and depending on the type of plastic used and the application, can be just as strong and durable as those other materials. The second advantage of plastic is that it is much more readily formed into a wide variety of shapes, especially in mass manufacturing. That reduces the cost of the finished product even further, giving manufacturers even more impetus to use it.

But just because plastic is cheaper, doesn’t mean that it is better. Wood still has many advocates, over and above the woodworkers who enjoy using it. Even while plastic may prevail, due to its cost advantage, wood should not be ignored. As woodworkers, we are the greatest defenders of this, our favorite material.

That’s not to say that there aren’t times when plastic is appropriate. As best I know, there’s no such thing as transparent wood. Nor is wood really waterproof, like plastic is. For that matter, it’s hard to beat plastic’s ability to be molded into large quantities of small parts. But all that doesn’t make plastic a universal material; rather, it makes plastic one material amongst many that can be chosen for any particular project.

There are also some applications in which plastic is actually more expensive than wood, such as in the manufacture of plastic pallets. While those plastic pallets last longer than wood ones do, they are usually injection molded. The cost of those large molds has to be recouped through the manufacture of the pallets, which takes a considerable amount of time. Basically, the larger the item is, the less cost advantage there is in making it of plastic.

For those of us who are woodworkers or do-it-yourselfers, plastic might even be problematic, simply because we are not accustomed to working with it. That means we don’t have the necessary knowledge and equipment for working with it, even though it can be machined with many of the same tools we use for woodworking. But that’s not enough by itself, as the design criteria for working with the various types of plastic that are available is considerably different than those for working with wood.

Wood as an Alternative to Plastic

There are several reasons for using wood over plastic, other than the natural beauty of wood. Primarily, wood is a renewable resource, while plastics are petrochemical products. A number of manufacturers of plastic products try to tout plastic as being more environmentally friendly than wood, based upon the deforestation that comes from cutting wood and their claim that plastics are 100% recyclable. But those claims are at least misleading and at worst untrue.

First, while cutting wood does bring about deforestation, that’s only if new seedlings aren’t planted to replace the trees cut down. Most wood used in construction, furniture manufacturing and other wood products is fast-growing softwoods. Lumber companies replant at least one seedling for every tree they cut, if not more. While it will take a number of years for those new trees to grow tall enough to be harvested again, they will grow.

Secondly, while plastics might be theoretically 100% recyclable, the truth is that they are rarely recycled. The process of recycling of any plastic material costs more than buying new plastic pellets, destroying a large part of the incentive for using recycled plastic in the manufacture of new products. Without that benefit, most manufacturers don’t bother. Since China stopped accepting plastic waste for recycling, a much smaller percentage of the world’s plastics are being disposed of in landfills, where they aren’t really biodegradable, so will be buried in the earth for centuries to come.

Finally, while plastics manufacturers claim that plastic is carbon-free, the manufacturing of that plastic is not. In comparison, trees take in carbon from the atmosphere, helping to clean it. When those trees are cut and the wood converted to wood products, the carbon stays within the wood, keeping it out of the air.

The one thing problematic about wood is that, with the exception of a few species, it is not very moisture resistant. This means that plastic will outlast wood in applications where the product is likely to become wet on a regular basis. Finishes can help protect wood, but only if they are properly applied.

Plastics and composites have largely taken over the market for “wood” decks on homes. That’s mostly because these materials are advertised as lasting longer than wood. While there is some truth to that claim, it may very well be an unimportant one.

Wood decks last about 40 years, with proper maintenance. But with the average family living in a home for about seven to eight years, who is going to still be living in their home when those 40 years are up? Is the potential value to a future owner enough to justify paying $30 to $45 per square foot (installed), rather than $15 to $25 per square foot for a pressure-treated wood deck or even $30 for a cedar one?

The real advantage of those composite decks is that they are virtually maintenance free. On the other hand, wood decks need to be treated every few years with some sort of a waterproofing wood preservative, or the homeowner risks their deck falling prey to rot.

Another market where plastic has largely taken over from wood is in the manufacture of toys. What child doesn’t like a brightly colored plastic toy? Infants and toddlers can chew on them to their heart’s content, without the risk of chewing off any paint. But that was more of an issue when they used lead-based paints. The paints used on toys today are required by federal regulation to be child-safe, even with considering that the child will probably manage to chew some of the paint off.

Dr. Montessori, the founder of Montessori schools, only allows the use of wood toys in his schools; not plastic whatsoever. Children explore toys with all their senses and plastic toys will not provide the same sensory feedback to the child that wood ones do.

But it goes farther than that. When we look at the toys that are made out of wood and compare them to the ones made out of plastic, wood toys are designed to stimulate the child’s imagination and creativity. Most plastic toys today aren’t so, but are rather recreations of cartoon characters. “Imaginative” play with those toys consists of recreating what the child has seen on television.

Wood toys are much more beautiful than plastic ones, while also being much more durable. While there are a few toy manufacturers who make plastic toys that are known for the durability of their products, most plastic toys are not durable. On the other hand, all wood ones are; to the point of being able to be passed down from generation to generation.

For years, plastic cutting board manufacturers have touted their wares as superior to wood cutting boards on the grounds that they are healthier. According to them, their plastic cutting boards won’t hold bacteria and can be cleaned better, because they can be put in a washing machine. There’s just one problem; the tests supposedly confirming that claim are using new cutting boards. Once the surface of the plastic cutting board has been scarred by knives in use, it holds bacteria at least as well as wood does. Not only that, but it doesn’t have any of the natural antibacterial qualities that many species of wood possess.

While many chain restaurants use plastic cutting boards today, specifically polypropylene plastic, most chefs use wood. Specifically, they opt for end-grain wood cutting boards. The big advantage of end grain boards is that the knife blade won’t be severing the grain in the wood. Even if it cuts into the surface of the wood, it will be cutting into end grain, which will quickly move back into place, sealing the cut.

Well made end grain wood cutting boards will last as long as any plastic board, perhaps longer. It is much easier to sand one down and refinish it and there is more material to refinish. Plastic boards, on the other hand, don’t sand down well and it doesn’t take too many times of sanding them down before they are thin enough that they lose their rigidity.

Nevertheless, there is one thing that plastic cutting boards are better for; that’s resisting staining and embedded odors. While fresh wood cutting boards do a good job of this as well, if the board is not oiled regularly, it will lose this ability. Plastic boards will not, even though the liquids and bacteria that cause discoloration can become trapped in the grooves cut into the surface of the plastic cutting board.