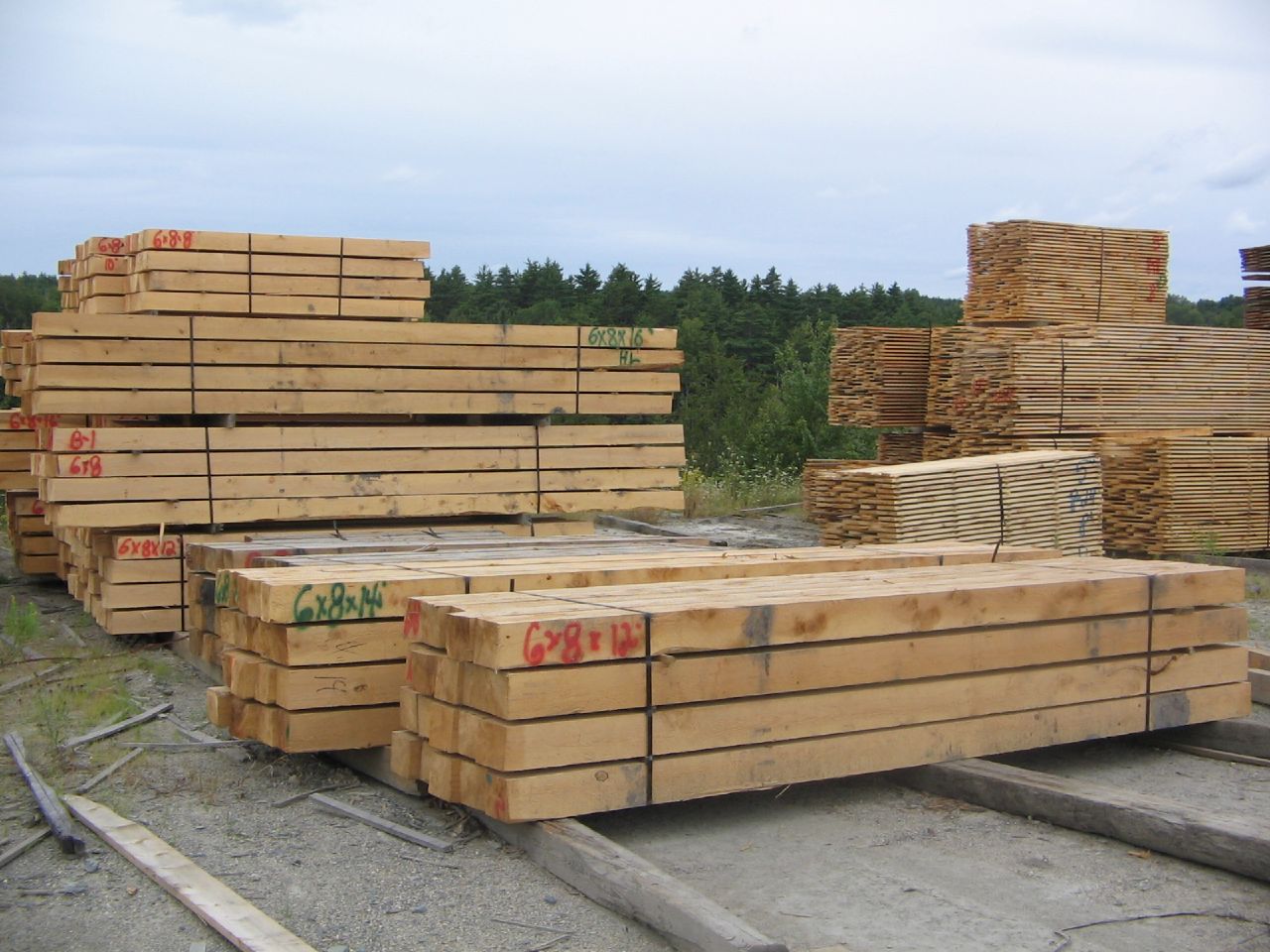 Sometimes, the terminology that we use to describe the products we work with can be quite confusing. The same item or group of items can be called by a variety of different names. At the same time, the same name can refer to different items. These problems are made all that much worse when we go overseas; and I’m talking about going overseas to other English speaking countries, leaving out the issues that can be caused by multiple languages.

We aren’t immune to this phenomenon in the world of woodworking. I’ve seen the same techniques and tools called by different names. I’ve also seen the same name used by different people for different tools and techniques. It’s a fundamental problem with communication; one that causes occasionally serious, but usually humorous misunderstandings.

One area where we have this sort of problem is with the words “timber,” “lumber,” and “wood.” To many people, these three terms are synonymous, when in fact they each have a distinct definition. While there are some things that can accurately be called by more than one of these terms, it’s really best to use the correct one, just to avoid confusion.

The word “wood” is the most general of these terms. It refers to the fibrous structural tissue found in the trunks, branches and roots of trees. It can also refer to the same fibrous parts of other “woody” plants, such as various types of bushes. But for the sake of our needs, we’re really only concerned about the wood that comes from trees, as the wood from bushes isn’t big enough for our use.

While we can and do use the term wood to refer to all the materials we use in woodworking which come from trees, it is often helpful to be more specific and use one of the other terms. But this doesn’t always work. Hardwood which has been milled and turned into boards can be referred to as lumber, but it is much more often referred to as wood, leaving the term lumber to refer to building material, usually softwood dimensional lumber.

Timber has several different meanings, depending on the exact application. To start with, trees which have not yet been harvested are often referred to as timber, especially in the logging industry. Once the trees have been cut however, the logging industry refers to different parts by different names, as the branches are processed and used differently than the trunk of the tree.

In construction, parts of cut trees may still be referred to as timber, or more accurately “timbers,” if the pieces of wood meet certain characteristics. Wood that retains some of the original bark and is intended to be used that way will often be referred to as timbers. However, wood slabs and slices which are meant for use in furniture making are not referred to as timbres, even though they might have bark on them. Another such time the term is used is for dimensionally sawn lumber that is over 5” in the shorter direction. This use of the word ties in to how the wood is used, as sections of timber like that are often used for timber framing of homes and other structures.

Some timber is chemically treated for use, such as wooden railroad ties and landscaping timbers. This does not mean that all wood which has been treated qualifies as timber, as it may not be large enough, dimensionally speaking, to qualify.

Wood boat building brings us another use of the word timber, as the structural framing of the boat is referred to as “boat timbers.” When we think back to the age of sail, when boat hulls were made of wood, this term makes sense, as the structural elements were large timbers or logs which were roughly formed and then fitted into the framework of the boat.

Lumber is the term used to refer to wood that is used in the building of homes and other wood-framed structures, where the wood framing is not large enough that it would be referred to as “timber framed.” The dimensional “white wood” lumber found in lumber yards is the classic example of lumber. This wood is usually softwood, such as pine, fir and spruce.

Lumber can either be rough cut or smooth; but most of what is found in lumber yards is smooth. This smoothing process is referred to as “S4S” which means “sanded four sides.” The furniture industry generally does not use S4S lumber, but rather rough cut, because the wood often needs to be resawn to other dimensions, before sanding.

While homebuilding is the most common use of lumber, it is also used in any application where inexpensive wood products are needed, such as boxes and crates, landscaping, pallets, outdoor furniture, decks and boat docks.

Engineered wood products, sometimes referred to as engineered lumber, are wood products which are made from what is considered to be wood scrap. When a tree is felled and the logs are cut, branches and other parts which are not part of the log are chipped or shredded for turning into engineered wood products. Typically, the broken down wood fibers are mixed with a resinous glue and formed into sheets or beams. The most common of these is plywood, but this is a broad category, which also includes structural lumber beams and products like MDF and OSB.

The definitions I’ve given above are based upon the use of these products in the United States. However, the situation can become confusing in other countries, because the same terms can have different meanings and be used in different ways. For example, the use of the words lumber and timber is reversed in the United Kingdom, compared to how it is used in the USA.