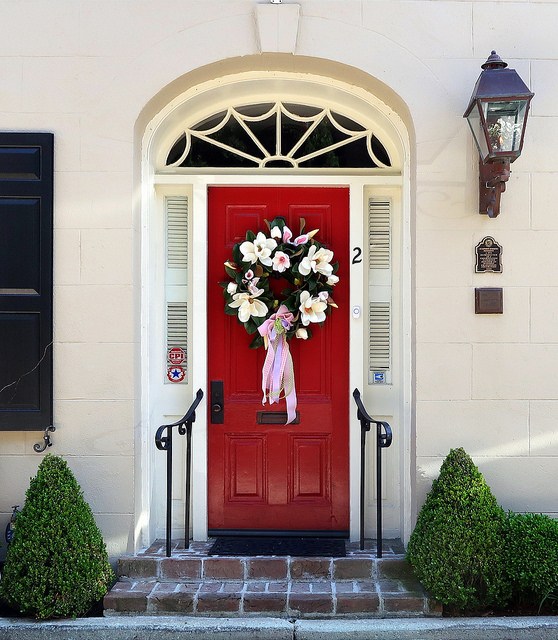 The arch is one of the true marvels of architecture. Roman engineers developed the arch as an answer to the problem of supporting aqueducts. Compared to previous building techniques, which required full support for the entire distance, the arch gave engineers the ability to save considerable material and labor, thereby reducing considerably the cost of their projects.

First used in the 3rd to 4th century BC, the arch was a staple of construction throughout the Middle Ages, and even up to the 18th century, when steel beams started replacing them. The common use of arches in Medieval architecture, especially cathedrals and palaces has caused us to attach an understanding of elegance to the arch, even in modern architecture.

While arches are rarely used today for their ability to hold enormous loads, they are still used as a design element in theaters, hotels, restaurants and even homes. Wherever designers want to add a bit of elegance to a building, it’s not uncommon to find arches used in doorways and other openings.

Rarely do we find doors with arched tops, due to the difficulty in hand-building such doors. However, it is not unusual to have doorways in homes which allow passage from one room to the next, without there being a door in the doorway. If you have these in your home, changing it from a normal doorway into an arched one really isn’t all that hard.

To start with, you need to do a layout of the archway you want to make and create a pattern. This should be out of cardboard, to make it easy to work with. Typically, archways are a half-circle, which is the easiest to make. Some people will make their archway an oval, but it’s a whole lot harder to make an even oval, than it is to make an even circle.

Start by drawing the existing opening on a piece of cardboard. Then, you’ll add the circle. To make your circle pattern, use a string compass. This is nothing more than a piece of string tied to a pencil. Find the middle of the archway on your cardboard and hold the string there, with the pencil at the edge of the doorway on one side. Then draw the circle, keeping the string taught. You should end up with a perfect half-circle.

Cut out the pattern and tape it into place, with masking tape, so that you can check the fit. The finished archway will actually be about 2” shorter than the existing opening, so you want to make sure that you have plenty of head clearance for going through the doorway or carrying anything through it.

Before anything, you’re going to need to remove the drywall on the inside of the door frame, from one end of the arch to the other. While you’re at it, go ahead and remove the corner bead. Don’t bother removing the drywall all the way down the inside of the archway, but you want to get it out of the way of where you’re going to be putting the structure to support your archway.

Framing of the archway is done with a combination of ½” plywood and 2”x 4”s. You won’t need much of either, so if you have scrap available, this is a great time to use it. Start by cutting out the two sides of the arch itself, from ½” plywood. Construction grade plywood is fine, as you will be covering it with drywall.

The arch thickness needs to end up equaling the original wall thickness. But the ½” plywood is going to take up some of that wall thickness, so you’ll need to rip some 2”x 4” blocks down to 2-1/2” thick. You will end up using those to attach the two plywood pieces together; however, you don’t want to assemble it together as a unit, but rather assemble it in place.

Cut the plywood pieces out, cutting the curve with a jigsaw and using the pattern you created out of plywood. You will need to make two identical pieces; one for each side of the wall. Depending on the width of your archway, it may be easier for you to make four pieces, splitting each side into two pieces.

With the blocks attached to one side of the plywood sides, go ahead and attach the framework inside the door opening. I’d recommend attaching it with 3” drywall screws, rather than nails, unless you have a framing nailer to use. If you have trouble getting them to go in to the dry framing all the way, dip the tip of the screws into liquid soap or rub a soap bar on the tip for lubrication. Before screwing it in place, makes sure you have surface of the plywood flush with the inside of the existing drywall that’s covering the wall and that will be difficult to accomplish hammering nails.

You can now attach the other plywood piece, once again ensuring that the surface is flush with the back edge of the wall’s drywall. I would once again recommend using drywall screws to attach it, this time using 1-5/8” long screws, or nailing it with a pneumatic nailer.

Covering the Framework with Drywall

Normally the curve of the arch is covered with drywall, before the plywood sides are covered. It is best to use ¼” thick drywall for this, which is designed specifically for making curved archways. But it can be hard to find that. If you can’t find it, it is possible to use normal ½” thick drywall to make the curve. All you need is to understand the technique for bending wallboard.

It is useful to suspend the drywall between two sawhorses while wetting it. That means you’ll actually be working on the underside of the piece of wallboard, which is a little awkward, but it helps prevent you from getting the face side wet as water doesn’t fall up.

Start by cutting a strip of drywall 4-1/2” wide and clean up the edges. Then lay it across the sawhorses, face side up supporting just the ends. Using a wet sponge, dampen the entire back surface of the drywall, soaking it. Allow the drywall to sit, with its own weight causing the back liner to stretch. You may have to wet it various times, in order to get the piece to sag enough, forming the curve.

While the drywall is still wet, carefully set it in place, with the face side exposed. You might want an assistant for this part, as the wet drywall can break very easily. Nail or screw the drywall in place, putting a pair of screws into each of the blocks you installed for that purpose.

Cover all exposed plywood surfaces with normal ½” thick drywall. For the curved portion, allow the edge of the drywall to extend over the edge of the curved drywall piece, and then cut it flush with a drywall saw or keyhole saw. Clean up this edge as necessary.

You’ll probably need to cover the inside of the doorway (right and left sides) with a layer of drywall, in order to make the thickness match up with the thickness of the new archway. Use the same thickness drywall for this, that was used for covering the curved portion of the arch, making your pieces as wide as the wall is thick.

Congratulations, you’ve done the hard part. You basically have an arched doorway. Now all you’ve got to do is finish the drywall, so that it looks like it has always been there. Before finishing, sand off the existing wallboard texture for at least six inches beyond your new drywall. If you don’t do this, attempting to tape and finish the new portion and blend it into the existing wall, it will be obvious, because the wall will get thicker where it is taped.

Install new corner bead all the way around the doorway, on both sides. You can buy plastic corner bead that is designed specifically for making curved archways. This has slits in it, allowing it to bend. If you can’t find any, you can make your own out of standard corner bead, by cutting the legs of the angle with tin snips; but it is much harder to make a smooth curve out of homemade bent corner bead.

The seam between the new drywall and the existing drywall needs to be taped, surfaced and finished, just like any other drywall project. Be sure to spray the same sort of texture as the existing wall has, so as to not make it obvious that you have made any changes. Any difference in the texture ends up being obvious, especially if you don’t use a flat paint.

With the drywall finished and textured, all you have to do to finish up the project is paint the archway and the wall around it to match the existing walls, or better yet, repaint the whole wall to help it blend in.