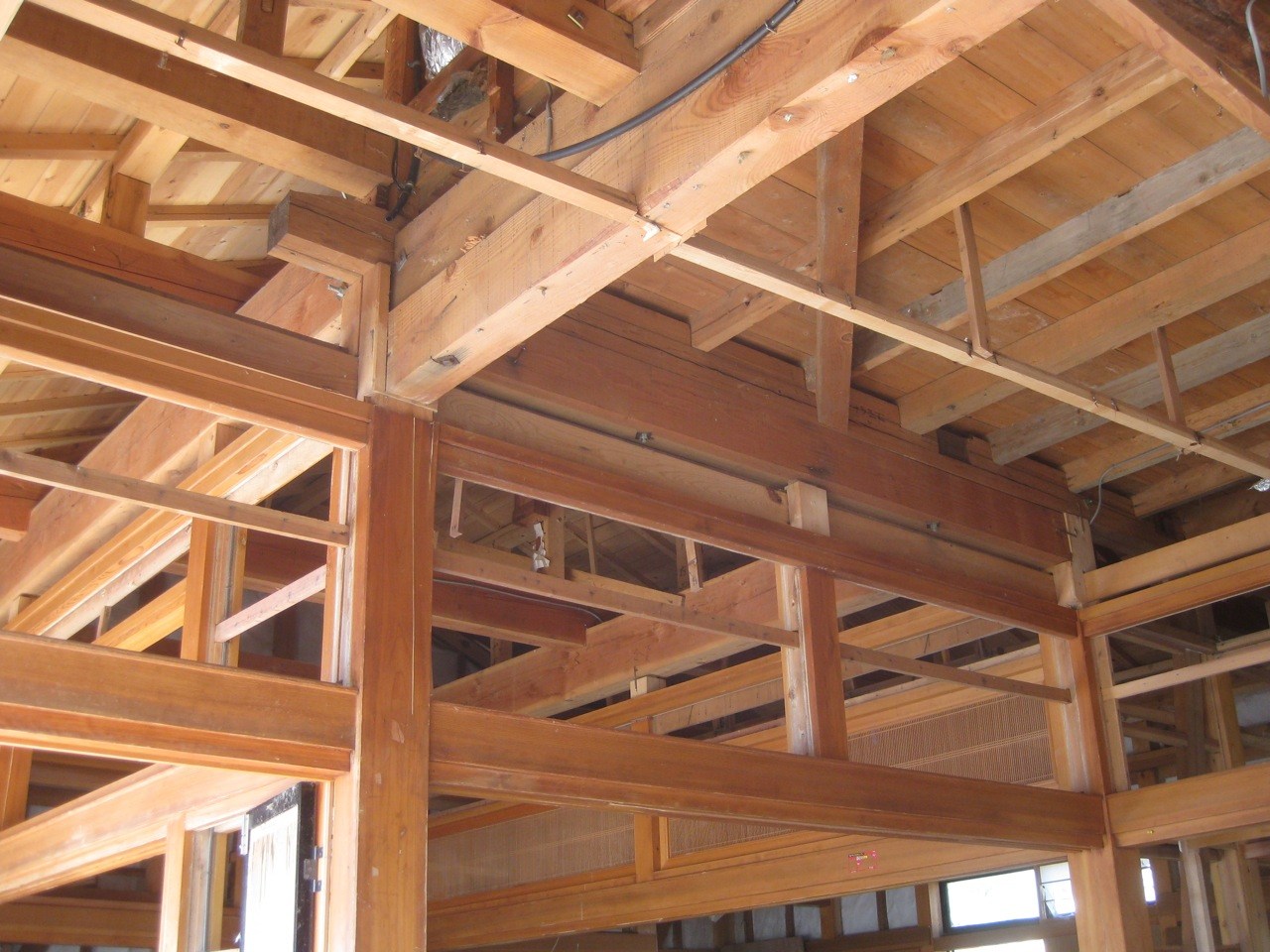 At its structural core, the style of building that we do consist of beams and columns. It was the ancient Romans, the same people who gave us arches, who came up with the idea of using timbers as structural elements in construction. The first lattice truss bridges were built by the Romans, using wood timbers, with metal fasteners. Since then, the use of wood in structural construction has increased exponentially, to the point where it is the primary structural material used in homes and other smaller buildings.

Just to make sure we’re speaking the same language, a beam is a horizontal structural element and a column or post is a vertical one. An entire structure can be built out of beams and columns, but it wouldn’t be very useful, except perhaps as a large jungle gym. Those beams and columns will support the weight, but they need floors and walls to hold the weight and transfer it to the beams and columns. They need walls to break up the space into usable areas, as well as to protect from inclement weather.

We don’t typically see these structural elements, as they are hidden inside walls, floors and ceilings, unless they are intentionally left exposed as design elements. But in many cases, those beams and columns are hidden in another way, by splitting them up into floor joists and the 2”x 4”s used in building walls. Nevertheless, the same construction principles apply, as it is the overall combined profile of the structural elements that provide the strength. Two 2”x 4”s aren’t quite as strong as a 4”x 4”, but in many circumstances they are close enough to work.

Wood is strongest when the load is parallel to the long grain. That also happens to fit the way that wood grows and is cut. There’s no such thing as a 4”x 4” post with the gain running perpendicular to its length, simply because trees don’t grow that way. When that post is stood on end, the weight is supported along the length of the long grain, where it can support that load.

On one hand, posts and columns are the same thing, vertical structural elements, which are used to support weight. However, while all columns are posts, not all posts are columns. Columns are generally round and are more decorative than posts, while posts are intended to support the weight, without providing any aesthetics to the overall structure.

Another way of looking at this is that posts are square or rectangular while columns are round. Being round, columns are actually stronger than square posts which are made of the same amount of material. This is because a circle has no corner to be weak points. Additionally, the circle places more material at a greater distance from the center than a square does.

How much weight that post can handle is dependent on four factors:

Interestingly enough, the Uniform Building Code (UBC) does not provide specific load rating information for posts, while it does for beams and joists. This is probably because the UBC deals with minimums and normal construction techniques cover those minimums. If it were to provide that information, it would probably define the minimum number of posts to be used in a particular sized area. Dealing with the spans for posts and joists more than covers those minimums.

Most posts in home construction are either 4”x 4” or two 2”x 4”studs put together to make a 4”x 4”. However, there are some situations in home building where larger posts might be used. Therefore, the table below also covers the maximum weight in pounds for 4”x 6” and 6”x 6” as well.

Please note that these numbers will vary with other species of wood. As it may be difficult to determine what species construction-grade dimensional lumber purchased at the lumberyard is, prudence dictates that a lower weight rating should be assumed when the actual species is unknown. Also keep in mind that pressure-treated lumber may have considerably different numbers, often lower due to the damage to the wood caused by pressure treating.

Determining the weight rating of wood beams is considerably more complex than determining that of columns. The prime difference between the two is that rather than the unbraced length of the post, we have to consider the span that the beam is covering, between posts. The longer the span, the less weight the beam can support or the greater the cross section of the beam required in order to support the required weight.

Wood beam requirements in the UBC aren’t based upon the failure point of the wood, but rather how much deflection the weight causes in the wood. Deflection can lead to failure, but it also makes a floor feel spongy when walking on it, a decidedly uncomfortable feeling. The maximum limitation allowed is calculated by taking the span and dividing it by 360, with a maximum allowable deflection of 20mm. It gets a bit more complicated than that, in that the use affects what is required, with beams or joists that are supporting floors being different from beams that are supporting roofs.

The table below shows the maximum weight that various structural beams or joists can support, based upon their size, material grade and the span.

This however, does not answer the question of what size joists need to be used, according to the UBC, for construction of a home. That depends largely upon how those joists are going to be used. The table below provides maximum spans, according to the UBC for double 2” douglas fir-Larch or better dimensional lumber joists and rafters.

Please note that longer lengths of lumber, especially those over 20’ in length, may be hard to find. This table does not take that into account. Lengths over 26’ are not specified, as dimensional lumber is not sold in these lengths.