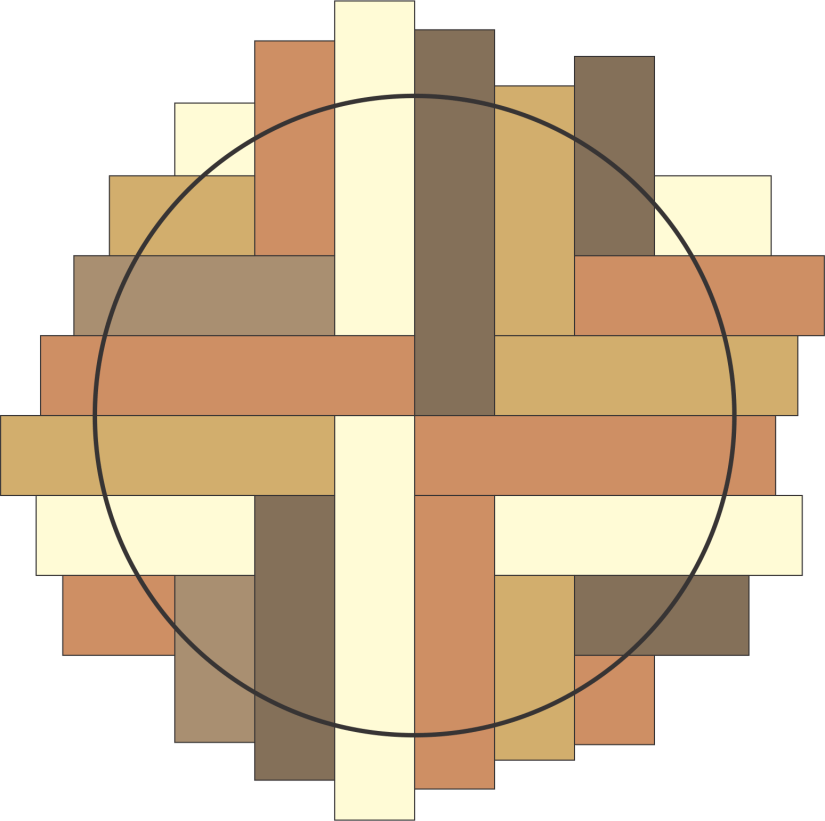 Wood spools, from those used for sewing, to those used for electrical transmission lines, have been repurposed for a variety of different uses since they first started appearing. Whether we’re talking the wood spools used for sewing thread, or the larger ones used for rope on sailing ships, people always seemed to find a plethora of uses for these structures. But in more recent times, the only spools which are still made of wood are those for electrical transmission lines, telephone, and cable TV.

These large wood spools come in a variety of sizes and are commonly used for making furniture, especially tables. But tables aren’t the only thing you can make out of them. People have used these to make portable bars, fishing rod holders, playground equipment, cat towers, chicken coops and even wine racks. The only limits for what can be made out of them is your creativity and woodworking expertise.

More than anything though, wood cable spools are used for making furniture, especially tables. The spool itself almost makes a table, without any further modification. Chairs are a bit more trouble, but by no means a difficult undertaking. Small spools can be used as stools, just by adding a padded top.

So Where Can You Find the Spools?

The spools we’re talking about are, like that other great material, pallets, leftovers from industrial uses. Mostly they are used for shipping cable that is used by electric companies. Although some cable which is used by other utility providers may come on smaller wood spools as well. So as a general rule of thumb, the starting point for all wood cable spool projects is your local electric company.

Not all electric companies sell their leftover spools; some recycle them back to the manufacturers they buy their cable from. Others only sell them in bulk, not wanting to have to deal with the extra paperwork of the sale. So you might have to do a bit of looking around, in order to find spools that you can buy.

Even so, a good starting point is to check with your local electric company and see if they have spools for sale. Even if they don’t if you happen to stumble across one of their crews stringing lines, stop and talk to them. Ask them what they do with their spools when they’re done with them and if you can, bring along a box of donuts to share. Somehow, donuts always seem to make conversations go smoother and just might get you the answers you want. Not only that, the guys might show you their appreciation by forgetting and leaving a spool behind when they leave. Just be ready to pick it up before someone steals it.

Another pair of good sources for these spools is Craig’s List and the Facebook Marketplace. I’ve found spools listed in both of these places, generally ranging from $25 up to $50, depending on the size, condition and seller.

Finally, look for places which sell second hand junk, especially commercial and industrial junk, rather than the more basic type of things that people would have in their homes. If you can find one of these places, they’ll most likely have spools, as well as a host of other interesting things, like shelving, racks and stands that might be useful in your workshop.

One warning I’d like to make is that many of the smaller spools, such as those used for cable TV wiring, might have wood ends, but a cardboard core. So don’t assume anything, when you hear someone has spools available. Make sure you know exactly what the spools are. The ones with cardboard cores are still usable; but those spools may also have plywood ends, rather than ends made of slats.

What About Making Your Own?

If you have trouble finding a wood cable spool, you might start thinking about making your own spool. This is possible, but fairly tricky. The big problem is connecting the ends to the slats that make up the center of the spool. In commercially manufactured spools, these are inset into a slot routed into the inner side of the spool’s ends. Then, allthread is run through from one side to the other to hold the whole thing together.

Ends are fairly easy to make; so if you want to make a project that requires nothing more than spool ends, such as a patio bench, you can easily make your own fake ends and nobody will be the wiser. For this bench, the wood spool ends would become the bench ends, with arms, and the bench seat and back would be made out of pallet wood.

So to make those ends, all you need to do is put together two layers of 1”x 6”s x or 1”x 8”s, whichever you can get a good price on. You’ll want to use an inexpensive grade of pine boards for this, such as No. 2. Most building materials centers stock this and it is the lowest price they offer in 1” dimensional boards.

Determine the diameter of your table top and cut off your boards to just a bit longer. Lay enough boards side by side to make up that dimension and clamp them together. Then start laying pieces on top of them, perpendicular to the first layer, gluing and nailing the new layer to the existing layer of boards, being sure to put nails into each board. Continue adding additional boards to either side of the first one, butting up tight against each other, until you have the entire width of the first layer covered.

Allow time for the glue to dry and then remove the clamps. Mark a circle on the surface with a string compass and cut it out with a jigsaw. Voila! Instant spool end; and you can make it any size you need. Add a center hole and holes for the allthread rods which normally hold the spool together.

You’ll probably want to distress this spool end a bit, just to make it look like it has been used. A few chips in the edges and some fake wormholes made by nail worms should do the trick. Even a little used motor oil rubbed haphazardly along the edges to stain the wood dark and make it look like the spool has been in a machine will help the overall appearance.

Making Tables Out of Wood Spools

The most common and easiest thing to make out of large wood cable spools as tables. You may be tempted to just upend your spool on one end and call it good; but if you do that, you’ll find that you can’t pull a chair up under that table. If that doesn’t matter, then that’s fine, but about the only time where I’ve seen that it isn’t a problem is when it’s a small spool being used as an end table.

To use a large spool as a table you’re going to sit at, you’re going to want to cut down the diameter of the side which will be sitting on the floor. To do so, upend the spool onto the side you want to use as the top. Then scribe a line six to eight inches from the edge of the spool. This is your cut line, cut it off with a jigsaw. Be careful, as the cut off pieces probably won’t fall free, except in large chunks, which will tend to be heavy if they land on your toes.

Once you’ve cut the foot side down, sand the edge with a power sander to smooth it out. You may also want to route what will be the top edge, with a roundover bit, so as to eliminate the risk of splinters. Clean up the bottom edge as well, although it doesn’t need to be rounded.

Before flipping the spool back over, you will want to attach something to the bottom side of the base to space it off the floor, either rubber or felt pads. This will help prevent scratching the floor or snagging on the carpeting.

You can either choose to leave the top side of your spool natural, the way you received it or cover it with something, depending on your personal preferences. One nice option is to cover the surface with pallet wood, making a herringbone design. This is extremely easy to do and will make your table look more unique.

Once the boards are glued and nailed in place, all you have to do is cut around the edge of the existing spool, so as to make the herringbone design match the existing wood. Then you’ll probably need to smooth the edge out with a roundover bit, so as to eliminate splintering caused but cutting the pallet wood.

As with any woodworking project, anything you make from a wood spool isn’t finished until you apply some sort of finish to it. You could just leave the wood bare, especially if you’re planning on using it outdoors. But without any finish applied, the wood is likely to become more damaged.

Paint is usually out for most people too, as it hides the rustic beauty of the spool; the whole purpose of using it in the first place. That leaves us with varnish, the usual finish when we want to bring out the natural beauty of wood. Before applying that varnish though, you will probably want to do some prep work to the spool.

Before any sanding or finishing, you want to be sure the wood is dry and hasn’t soaked up water from the rain or from cleaning it. The wood of the spool will be naturally very dry, even if it was stored outdoors, unless it rained within the previous few days. In that case, it will probably soak up water like a sponge. You’ll need to give it a few days of sitting in the sun to dry out.

Sand the entire thing with 80 grit sandpaper and a vibratory sander. If there are markings on the spool that you want to preserve, avoid sanding those areas. The purpose of this level sanding is to eliminate sharp points, splinters and anything else that might make the table uncomfortable to use.

I would stop with the 80 grit sanding, although you could go finer. But this is a rustic piece, so it’s not like you’re looking to get a fine finish on it. If you are, you might want to forego the sanding altogether, and go for one of those poured on 50-coat-in-one finishes. But if not, stick with me.

Some people like staining their spools, rather than leaving them natural. If so, that’s your choice. Just realize that the spool will probably soak up a lot of stain. Be extremely careful around the core, if you wrapped the core with rope. Both sisal and hemp will soak up stain, discoloring them.

The next thing to do is apply sanding sealer. Expect the wood to soak up a lot of it, as the sealer is going to be sealing the pores in the wood. However, the sealer will seal those pores better than varnish will, saving you in the long run. Allow the sanding sealer to dry, then apply two coats of varnish, sanding lightly with 220 grit sandpaper between them.