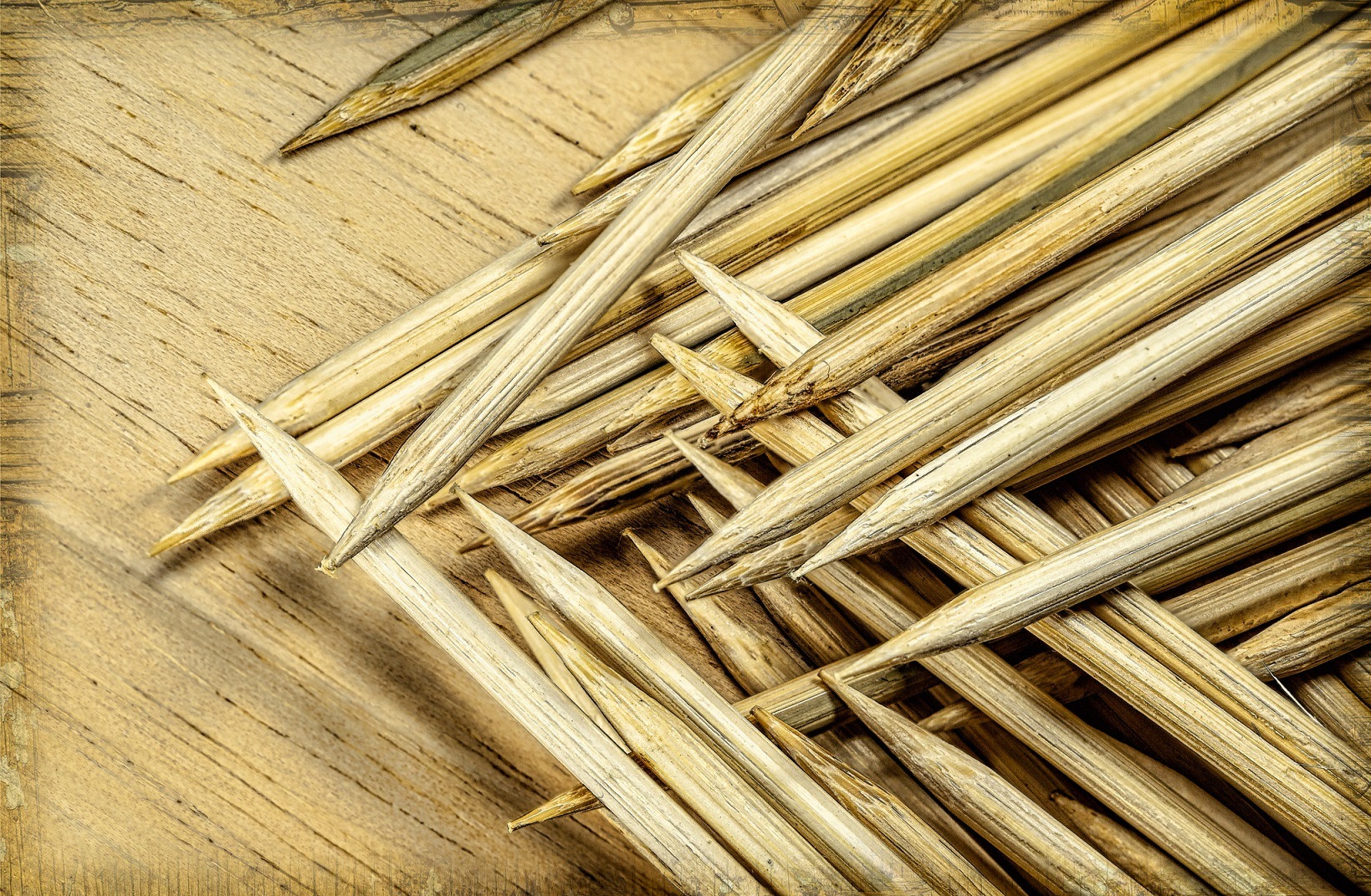 Using wood in cooking is nothing new. We use wood to provide heat for cooking, as well as using wood inside the oven or over the fire at times. Wood skewers and their shorter cousin, the toothpick have long been used to hold food together; not just for horderves, but also in the oven and on the grille. This seems almost like a tricky balance between burning the wood and keeping it from burning, but it’s not as tricky as it might seem.

While evidence is not conclusive, a wood skewer with a burn tip was found in an archeological site that is supposed to be 300,000 years old. As that is long before the bronze age, it makes sense that the people of that time would use wood skewers for cooking. How well those skewers fared in the process is something we just don’t know. On a more secure historic basis, wood skewers were used in Persia during the Middle Ages; so wood skewers have a history at least 500 years long!

In all that time, I’m sure there have been a few pieces of wood which have burned. It seems to me that I remember a few burning while cooking hot dogs or marshmallows while camping as a child. Yet it has apparently been successful overall, as evidenced by the fact that skewers are still in use for certain types of cooking.

For there to be fire, three things are required: heat, fuel and oxygen. Oxygen comes from the air around us and the wood in the skewers or toothpicks can provide the fuel, all that’s needed then is heat, which it would seem is in abundance in an oven or over a barbecue grill.

So why don’t the skewers burn?

There are two things in play here, which will prevent wood skewers from burning. The first is the temperature. Wood will not spontaneously ignite at the temperature that most cooking takes place. Wood left in an oven at 450°F will eventually char and then ignite. But that takes several hours. In other words, much longer than it takes to cook the meat that is skewered on those pieces of wood. To get the wood to ignite spontaneously, the temperature has to be brought up to 572°F.

Food is rarely cooked at such high temperatures. Most cooking is done in the 300 to 400 degree Fahrenheit range, considerably lower than that necessary to burn the wood that is laid over it. Even when wood species that burn at higher temperatures are used, the temperature at grille level is considerably lower. Rarely does it reach much more than 400°F. I do a considerable amount of smoking, using both oak and mesquite. Oak’s burning temperature is 900°C and mesquite’s is 1472°F. Yet the inside of my smoker rarely reaches 300°F, even when I want it to.

That’s not to say that it is impossible to get a skewer to burn on a grille. Most cooking on the grille is accomplished over coals, not open flame. However, if grease from the meat drips into the coals, it can cause flames to flare up. If those flames come into contact with the ends of the skewers, they can singe them or cause them to ignite. The fire will burn out when it reaches the meat on the skewer, but it is possible for the skewer to burn that far.

To mitigate against this risk, it is recommended to soak the skewers in water for 20 to 30 minutes, before pushing them through the meat and placing them on the grill. Wet wood, as we all know, doesn’t burn anywhere near as readily as dry wood does. Before the wood could start burning, the heat would have to drive the moist out of the wood. That would take some time; probably more than it would take to cook the food.