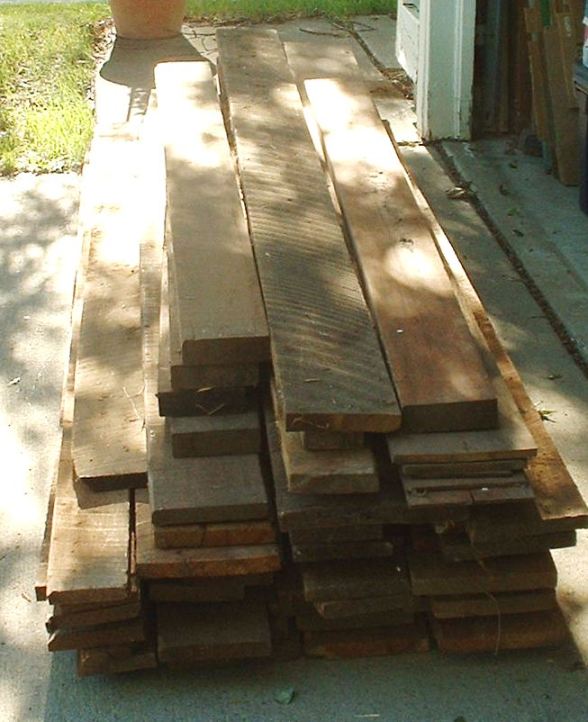 The redwood tree, otherwise known as the giant sequoia is native to California, where the great redwood forests grow to over 300 feet in height, with trunk diameters of six to twelve feet. These majestic giants have been harvested extensively throughout the 1900s, to the point where now all old growth redwood is protected. However, there is plenty of second-growth redwood, both on tree farms in California and in New Zealand. The tree grows so well in New Zealand that it is ready for harvesting in only 50 years.

Once used extensively as a basic construction material, redwood has largely been replaced by other softwoods, due to their lower cost. While redwood is still used, it is only used in places where its specific properties are needed. Amongst these properties are its large size, which is ideal for making large visible beams, such as might be used as exposed beams to hold up a towering church roof. The distinctive coloring of the heartwood of this popular tree ranges from pink-brown to dark-reddish-brown. The majority of the wood is red heartwood, with a small amount of cream-colored sapwood. Regardless of the color of a particular tree, the wood is extremely evenly grained, very straight and consistent.

It is not the size or even the coloration that has made redwood popular as a construction material, it is that the naturally-existing chemicals make redwood weather, insect and rot resistant. The wood is high in tannin and does not produce resin or pitch. This makes for a wood that is naturally resistant to fire. Compared to other types of wood used in construction, redwood will last longer, making it perfect for any outdoor application. It is this that has caused redwood to be used extensively for building decks and making outdoor furniture.

It is also an excellent material for making fences, for the very same reasons that it lasts a long time. While most privacy fences today are made of cedar, redwood fences are appreciably stronger, by about 23 percent. While both woods naturally resist rotting and insects, redwood is harder, so it will last longer.

Redwood is an excellent wood for architectural trim, mostly due to its appearance and stability, but is rarely used for that application. It is rare enough that it would probably be necessary to custom order redwood architectural trim and have it milled specifically for the project. Still, considering its distinct appearance and other advantages, it would be worthwhile having it milled for the right project.

Overall, the straight, even grain of redwood makes it very workable. But like other softwoods, sharp tools are needed for machining. When cutting tools are even a little bit dull, they tend to mash over the wood fibers, rather than cutting them. On the other hand, the wood is extremely stable, shrinking very little during drying. It glues well and finished projects will not expand and contract extensively.

Yet the second-growth redwood available today is not the same as the redwood harvested a half-century ago. Because it is grown on tree farms, the tree rings are wider, lowering the overall density of the wood. The trees are harvested younger, raising questions about whether they will be as weather, insect and rot resistant as old-growth redwood is.

Redwood lumber has its own grading system, which includes a variety of different grades:

The big problem with redwood today is finding it. The major home improvement chains don’t carry much in the way of redwood lumber, although it is possible to find redwood decking. It has become expensive, mostly due to its overuse and the difficulty in harvesting it. There may come a day when second-generation redwood is more readily available at a reasonable price, but the farms have not yet reached that point.

Redwood plywood is rare, but does exist. Generally speaking, it must be purchased from wholesalers in quantity, unless a local lumberyard or plywood and trim supplier carries it. But due to the specific characteristics of redwood, it is best used as lumber, rather than in plywood.

What is referred to as “pressure treated redwood” is actually not California redwood at all, but rather made from Scandinavian Redwood, a type of pine. This pine does not have the natural resistance to insects and rotting that redwood does, so it is pressure-treated. While this greatly extends the time that the wood will last when used as fence posts, natural redwood will still outlast it. Pressure-treated fence posts will usually last for 20 years in the soil, whereas natural redwood will last for 25. In either case, encasing the fence post in concrete will greatly increase the life of the fence.