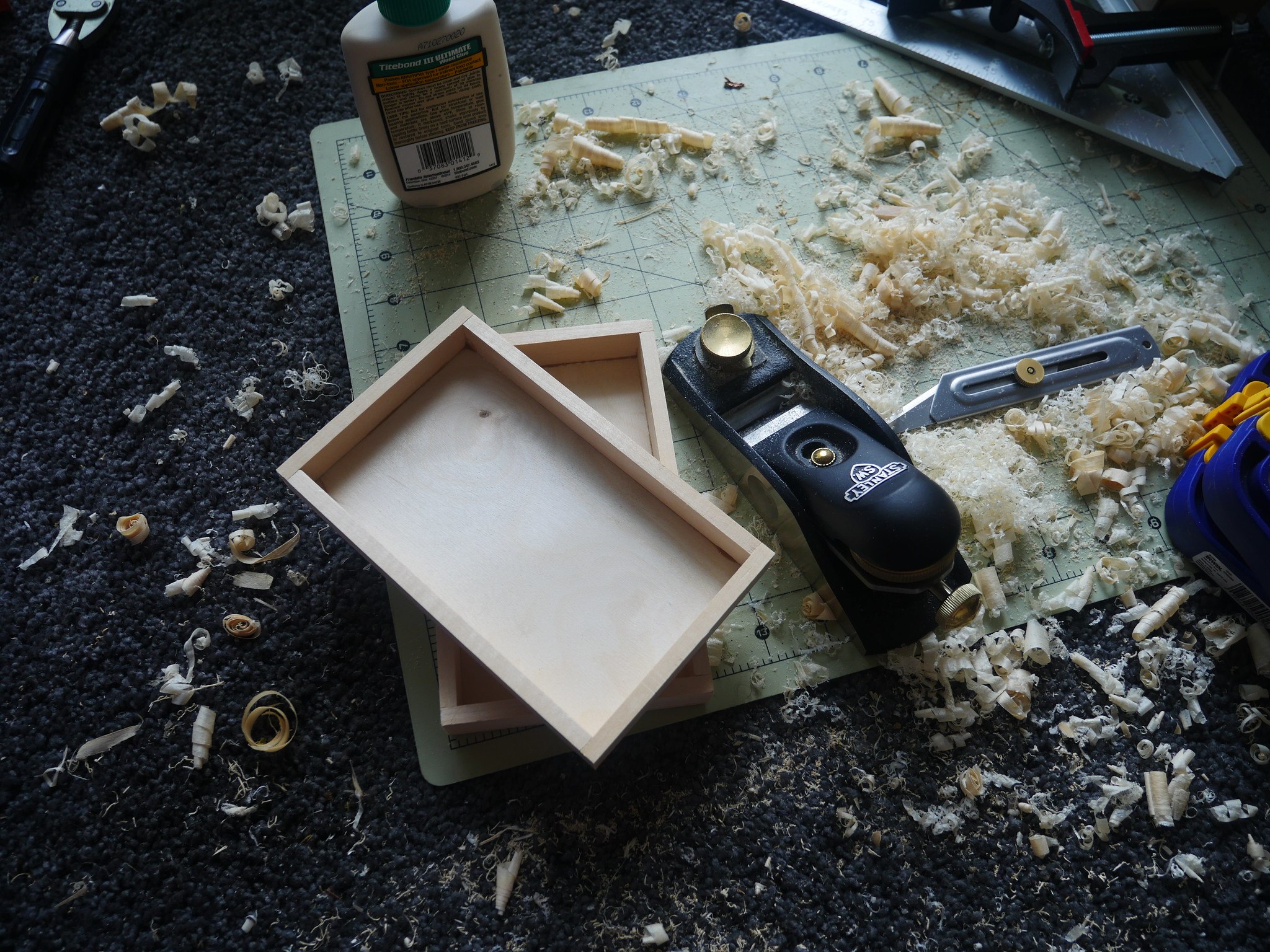 The American Basswood tree is a hardwood tree producing a very soft wood; softer than pine, but not as soft as balsa wood. In England, the same species of tree is referred to as the “lime,” and the name “linden” is used in other parts of Europe. Mature Basswood trees can grow anywhere from 65 to 120 feet tall, with trunks from 3 to 4 feet in diameter.

Some people confuse basswood with balsa, but they are not the same, nor do they come from the same tree. While the appearance of both is similar and both are soft, lightweight woods, basswood is actually considerably harder and heavier than balsa wood. It also has smaller pores in the end grain, so it absorbs less moisture. This makes it much more dimensionally stable, once dried, than balsa is, with much less possibility of warping. Objects made out of basswood can be stored in humid environments, with little risk of warping. However, basswood does shrink considerably during its initial drying.

Basswood is a very light colored wood, which can approach white in appearance. It has a fine, straight grain that is prized by woodcarvers. It is one of the most popular woods for carving, regularly recommended to new carvers. The wood is very easy to cut, with little risk of splintering or deflecting the cutting tool in a different direction.

While basswood is commonly used for carving, that is not the only place it is used. Basswood is used for making boxes, musical instruments, millwork and a wide variety of craft projects, to the point where basswood blocks and basswood plywood “craft packs” can be found in craft stores, online at Amazon and in Wal-Mart. Basswood is also used extensively in cabinet and furniture making, prized for the grain and how well it finishes. Because Basswood is so soft, it is easily damaged; so its use in furniture and cabinetmaking is generally limited to places where it will not be easily damaged. Basswood should not be used for items which will be exposed to a lot of moisture, as the wood is not resistant to rot or decay.

Another interesting use of basswood plywood is for laser engraving. In fact, “laser plywood” or “laserply” is usually basswood, even if it is not so identified. The fine grain of the wood accepts laser engraving well, burning evenly and leaving a smooth edge compared to other woods. For production laser engraving work, basswood provides very consistent results.

Basswood plywood can also be cut with the Cricut Maker, when their adaptive tool system is used. This provides for a longer blade, which can cut through the thicker wood. This also requires a special basswood plywood that is only 1/16” thick. The resulting cutout looks much like the parts cut out of plywood that are included in wood model airplane kits and wood boat models. There is some limitation on how intricate a cut can be made, as the plywood is really not designed for intricate cuts.