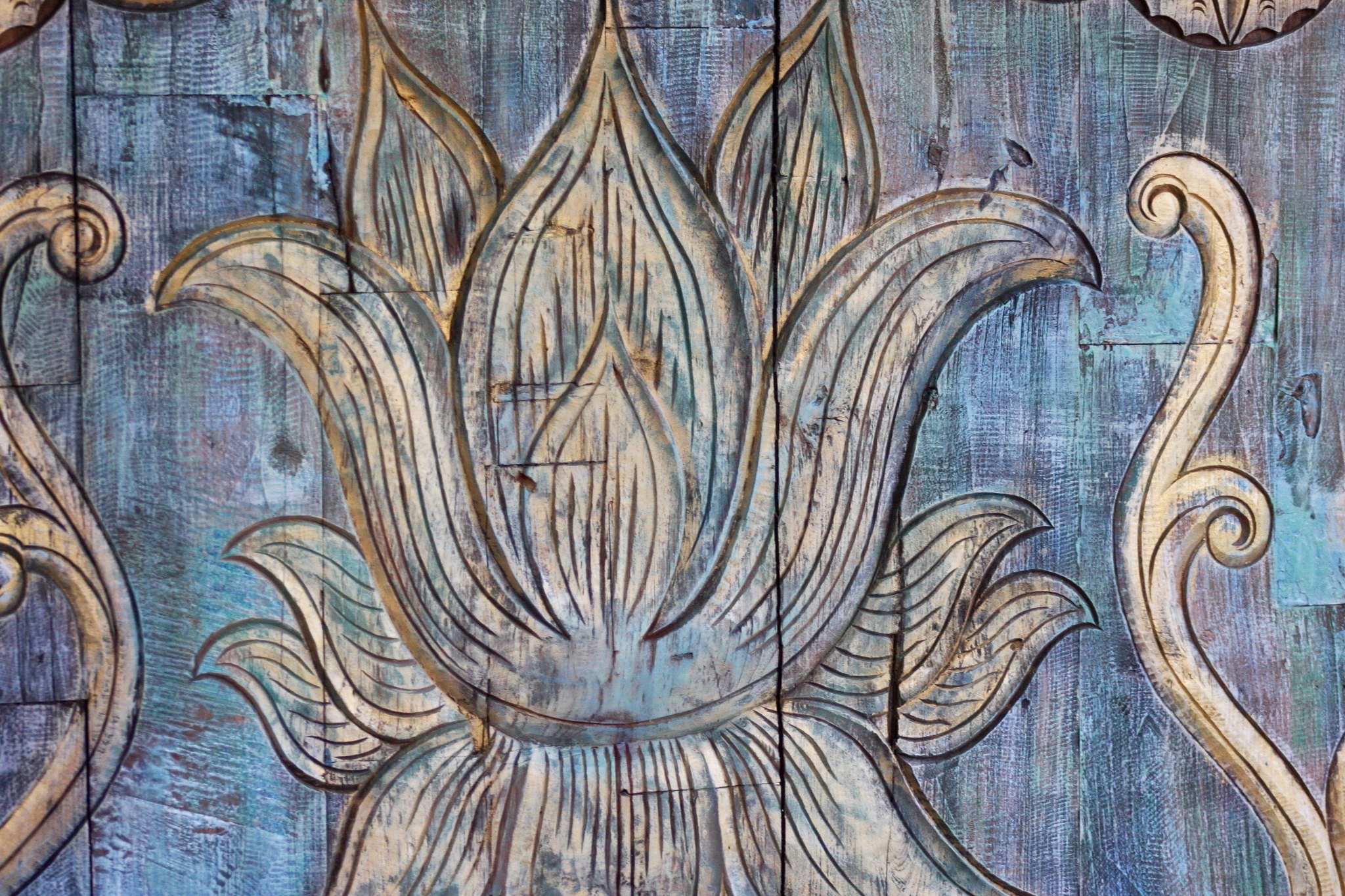 For someone who wants to get started in doing something with wood, but doesn’t have the space or money to set up a full woodworking workshop, whittling and carving are great options. While neither accommodate making furniture or teach the necessary techniques, they do provide the opportunity to learn about wood and make some beautiful, as well as functional, projects. Wood carving is also used to adorn furniture, so it can be a useful skill for the woodworker to learn anyway.

Whittling wood and wood carving are often equated with each other, although they are actually different. While similar sorts of projects can be accomplished with the two methods, the tools used in them are actually different. Put simply, wood carving is done with chisels, often assisted by a special wood carving mallet, while whittling is done exclusively with knives. In fact, whittling can be done with nothing more than a pocket knife. There are some exceptions to this, as a variety of power tools have also been used for woodcarving; but the basic craft is accomplished with chisels.

In both cases, the methodology is to remove wood from a larger piece, in order to change the form into something desired. Whether that is a wood spoon for use in the kitchen or a 10 foot tall carving to sit in the lobby of a hotel, everything is accomplished by taking material away from the original piece. There is no gluing, clamping or joinery involved in woodcarving or whittling.

The most important part of both methods is keeping the cutting tools sharp. It is all but impossible to control dull tools and control is critical to both whittling and carving. Dull tools are also much more likely to slip, increasing the chance of injury. Finally, there are many kinds of wood which just can’t be cut unless the tools are sharp.

While literally any wood can be used for either, it is recommended to start out with a relatively soft wood, with a fine, straight grain. Basswood is widely considered to be the best wood for carving, followed by aspen, butternut and black walnut, although walnut is rather hard. Pine can be used, but it is important to realize that the grain will be inconsistent, with knots showing up wherever branches are. If pine is going to be used, especially by the beginning, it’s a good idea to choose a section of pine that doesn’t have any knothole in it.

Some whittlers and carvers will do the bulk of their work on green wood, and then set the piece aside to dry. Once the partially completed piece is dried they are able to correct any distortions that appeared as part of the drying process, and then finish the work, adding the details to the design.

Generally speaking, whittling is limited to small projects that can be held in the hand while working on them. Craftsmen who wish to go on to bigger projects generally turn to carving. Using a mallet to drive a chisel through the wood is faster and easier than using hand strength alone. Using power tools, like a chainsaw, allow for carving really big projects.

Whittling is sometimes referred to as “chip carving” as the process consists largely of removing chips of material from the workpiece. However, part of the style of chip carving is leaving the surface textured by the chips, rather than smoothing it out. Some whittled projects are fully smoothed out, either by sanding them or by using the knife as a scraper.

Many a whittler has started out with nothing more than a pocket knife and stuck with that throughout their whittling career. For those who want a wider choice of blade shapes, whittling knife sets do exist. These are designed to be used by hand, without a mallet or other means of providing force. While there are many different types of whittling tools on the market, they all fall into five basic categories:

In addition to these tools, many whittlers use saws to roughly shape their wood, before whittling. If one were to be making a spook, for example, it’s much easier to cut off the majority of the material around the handle, saving time over whittling it all away. Any sort of wood saw that the whittler is comfortable working with will work, from one in a multi-tool to a back saw.

There are four basic types of cuts made with whittling knives:

Please note that care must be taken when whittling to avoid cutting the hand. This is especially true with the push stroke and the pull stroke. Beginning whittlers should wear a glove or at least a thumb protector to help prevent injury.

Whittled projects are often left without any finish being applied to the wood, but they can be oiled, varnished or decoratively painted, as the craftsman desires.

Woodcarving can be considerably more complicated than whittling, although it doesn’t have to be. A lot depends on the results desired and the methods that the woodcarver desires to use.

If we set aside the use of power equipment for the moment, wood carving consists of using chisels for the removal of wood to make the finished item. Those chisels are considerably different from regular bench chisels, mortising chisels or paring chisels. They tend to be made of thinner metal, with a very shallow blade angle. The grind of the blade is also curved, rather than flat, helping to push the chisel back out of the wood it is cutting.

Wood carving chisels of all types can be pushed by hand or driven with a wood carver’s mallet. The carver’s mallet is different from others, in that it is turned on a lathe and shaped somewhat like a hand bell or wine glass, with the “stem” being the handle. This design allows the woodcarver to use any part of the mallet head to strike the handle of the chisel, without paying attention to the mallet’s orientation.

A mallet is needed because all of these chisels are made with wood handles. Were a metal-headed hammer to be used on them, it would dent the end of the handle with each blow, eventually destroying it. Since the mallet is also made of hardwood, it is unlikely that it will cause any damage to the chisel handle, unless used improperly.

The mallet is most often used when more force is needed, specifically to make a larger cut. However, it can also be used for detailed work, as one can control the amount of force applied via the handle. For detailed work, the woodcarver might choose to cup the mallet head in the palm of their hand, giving them more precise control, rather than holding it by the handle. But when force is needed, moving the hand down to the handle provides that force.

Between using the woodcarving chisels by hand and using them with a mallet, it is possible to make any shape one can imagine.

woodcarving can also be done with a variety of power tools, but there are two tools which are most commonly used for this: the chainsaw and rotary tools. Obviously, chain saws are used for larger works, while the various rotary tools are used for fine, detailed work. My dad’s retirement business was doing custom gun stock carving, which he did with a pneumatic rotary tool that turned at roughly 20,000 RPM, making it very easy to maintain fine control over the cutting bit. A variety of cutting bits can be used with rotary cutting tools.

Wood carving with chainsaws is amazing, especially when we consider the level of detail that some of these carvers can obtain with their chainsaws. Those who do this regularly generally have more than one chainsaw, using a large one for cutting out the majority of the material and smaller tools for detailed work. While it is possible to combine chainsaw wood carving with other forms of wood carving, I have yet to see someone who does chainsaw carving resort to using chisels in their work.