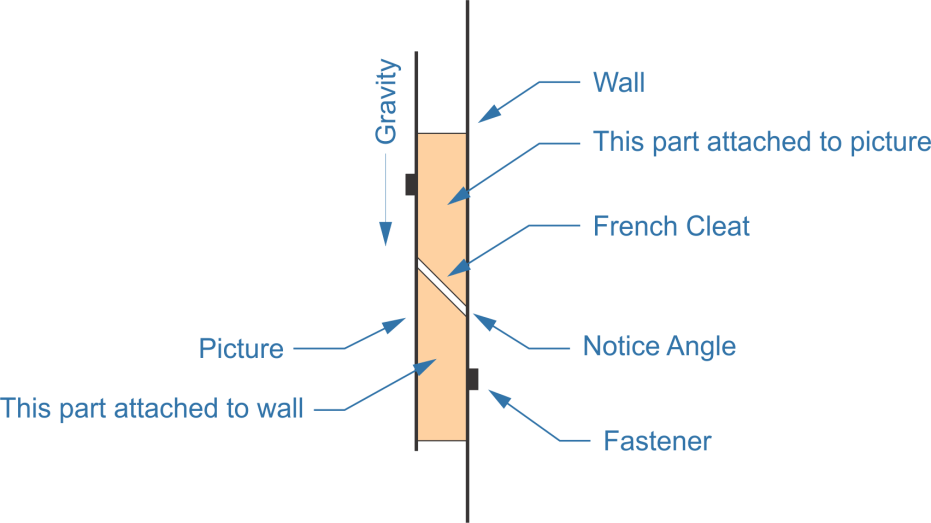 A large part of any kitchen remodeling project is the cabinets, especially on an older home. Upgrading cabinets, by replacing them with new ones can make a kitchen look reborn. Considering how much of a home’s character comes from that kitchen, an upgrade to kitchen cabinets can change how one feels about their home.

Any kitchen has two basic types of cabinets: base cabinets and wall cabinets. The base cabinets sit on the floor, usually with a countertop on them. Wall cabinets are then installed, providing additional storage space between the countertop and the ceiling. In most cases, there is a space between the two, but some specialized cabinets, like pantries and appliance garages might take up some of that room, adding more usable storage space, at the price of losing a little bit of counter space.

There’s quite a bit of difference between installing base cabinets and wall cabinets. Base cabinets sit on the floor and are supported by it. The only fasteners needed are a few into the wall, usually along the top of the cabinets and screws holding the face frames together, so that they cannot shift. There is little concern about the weight of these cabinets or them falling off the wall, because their weight is being supported by the floor.

Wall units are a bit different in that they are highly dependent on the support they receive from the wall. We refer to the act of installing these cabinets as “hanging” them, much like hanging pictures. There’s actually some similarity to the two, as the ability of the wall to support the weight of the cabinet and what it contains is critical.

For wall units, the studs in the wall are normally considered critical for support of the cabinets. Drywall is not considered to be strong enough to support them, and so it is imperative for the carpenter to find the studs and screw the cabinet into them.

But what if the studs can’t be found?

Walls are framed with studs every 16”. That’s the industry standard, reflecting what’s written into the building code. But there are always exceptions; special circumstances where studs are a bit farther apart, due to construction constraints or carpenter error. This is especially true when a home is built by the homeowner, most of whom don’t really know a whole lot about industry standards or the building code.

The other thing which can cause problems is that some narrow cabinets may not even be 16” wide, especially the cabinets that are on either side of a sink. In that case, the spacing might work out in such a way that the cabinet falls between studs. That creates the problem of installing the cabinet, without the necessary support behind it.

Let’s Examine the Physics of the Situation

Drywall, which is actually gypsum board, is a dry, powdery mineral, something like chalk. As such, it crumbles easily. But like any rock, it is stronger under compression than under tension. Even with as weak as gypsum is, it is strong under compression, because it is already compressed in the drywall. But if it is pulled on, specifically if it is pulled on across the board, where the thickness of the gypsum is less than one-half inch, it can be made to crack.

Making matters worse, the very act of putting a screw into the gypsum also puts it under tension, breaking it up. Therefore, there is little besides the paper outer layer of the drywall to hold the screws in place. So, when tension is put on the screws, by the weight of the cabinet, they break easily.

Of course, putting the screw through the drywall into a stud solves this problem, as wood is strong under both compression and tension. Not only that, but the fibrous wood grain structure allows the screw threads to dig into the wood, separating the grain, without significantly weakening it. That’s why it is preferred to mount the wall cabinets into studs, taking advantage of that strength.

What About When There aren’t Any Studs?

Something has to be done when there aren’t any studs to screw into, when mounting wall cabinets. There are several options, each of which has its own advantages and disadvantages.

The strongest way of mounting the cabinet to the wall is to cut out a section of the drywall large enough to install a piece of 2”x 4” horizontally across the space between two existing studs, toe nailing it to them. The hole is then filled back in with drywall so that the wall surface is level. It really isn’t necessary to finish the joint between the drywall, as it will be covered by the cabinet.

This method is not very popular due to the mess it can make of the wall. If the studs are outside the area that the cabinet will cover, it is very hard to toe nail the new piece of 2”x 4” into place, without making a hole that’s big enough that the cabinet won’t cover it. That means that the drywall will need to be taped and finished, providing a level surface once again. Doing that so that it is not visible is usually difficult.

Attaching a 1”x 4” strip to the wall, at the necessary height for screw the cabinet to the wall, can solve the problem of not having any support. This works well when a number of cabinets need to be installed together, but there is one cabinet which falls in such a way that there aren’t any studs to mount to. The mounting strip can be screwed to the existing studs and the loose end, where there is no stud, can be attached using one of the various drywall anchors mentioned below.

Rather than using the mounting strip mentioned above, it is easier to hang the cabinets if a French cleat is used. Commercially manufactured aluminum French cleats are available alongside the other cabinet hardware in the local home improvement center. But as an alternative, French cleats can be cut from a single piece of 1” dimensional lumber and attached to the cabinet and the wall, much like what was just discussed with a mounting strip above.

There are several different kinds of drywall anchors that can be used for mounting a wall cabinet, either using them in conjunction with the mounting strip and/or French cleat mentioned above or using them alone to mount the cabinet to the wall.

The issue with most drywall anchors is that they really aren’t strong enough for the purpose. While the drywall itself can hold up over 400 pounds of weight, under compression, the anchors themselves will often pull out of the wall long before that.

Expansion anchors are the simplest form of anchor to use with drywall. They, or at least something similar, can also be used with masonry. The anchor consists of a split sleeve, with a small hole in the middle. When a screw is driven into the hole, it causes the sleeve to split, with the two to four sides separating like flower petals, pressing into the sides of the hole in the drywall and into the space beyond. Various styles of these exist, with some having a greater capacity to expand in the space behind the drywall.

Expansion anchors are only good for holding up about 20 pounds. So, if you have a very light cabinet, which will only be holding very light things, it might be a possibility; but it’s better to use a stronger anchor.

Threaded anchors are a solution that was developed specifically for use with drywall. They consist of a molded plastic body, with a very coarse thread. The thread bites into the gypsum of the plywood, much like any other screw would. But because it is so coarse, it holds the gypsum in place, even while breaking it up. That provides a stronger bond than any other screws can. Still, it’s only good for about 30 pounds.

Molly bolts are traditionally an all-steel anchor, making them much stronger than either of those previously mentioned, although there are some plastic molly bolts on the market as well. The molly bolt has a barrel body, with slits cut in it and a threaded end. When the screw is driven into it, the clamping pressure causes the body of the molly bolt to collapse outwards, making “ears” that stick out on the back side of the sheet of plywood, clamping the plywood between the ears and the head.

It is important to select molly bolts that are the correct size for the drywall wall, so that they match the thickness of the drywall. If the molly bolts used are too short, the ears won’t extend properly and the clamp action will be lost. If they are too long, then they remain loose, with no clamping action.

A problem with no clamping action can also happen in cases where the drywall is damaged, such as in older homes where moist in the wall may have attacked the paper covering on the inside of the drywall. Avoid using a hammer in molly bolts in that case, as they might cause a chunk of gypsum to break off on the inside. It’s better to use the ones which require a hole being drilled, so that the molly bolt can go through the hole and then clamp the drywall from the back side.

Molly bolts are good for holding about 60 pounds each; so with two of them in a wall unit, the cabinet and contents can be as much as 120 pounds.

Toggle bolts can be the most difficult to work with, but are also the strongest anchor that can be used with drywall. The fastener consists of a machine screw with a spring-loaded toggle mechanism. To insert, the toggle mechanism is closed and it is inserted through a hole in the wall. Then the spring causes the toggle to open back up, where it is captured on the back side of the wall. As the screw is tightened, the wall and the back of the cabinet are captured between the toggle and the screw head.

What makes toggle bolts difficult to use is that they need a much larger hole than the other fasteners we’ve mentioned, typically something around 5/8” to 3/4”. This makes precise locating difficult, as the right position can be anywhere within that hole. If not properly tightened, the cabinet could slip down slightly, to the limits of the hole.

However, because of the large footprint of the toggle, these fasteners are clamp a larger surface area of the drywall than any of the others. This makes them considerably stronger, with each toggle bolt being able to support over 100 pounds.