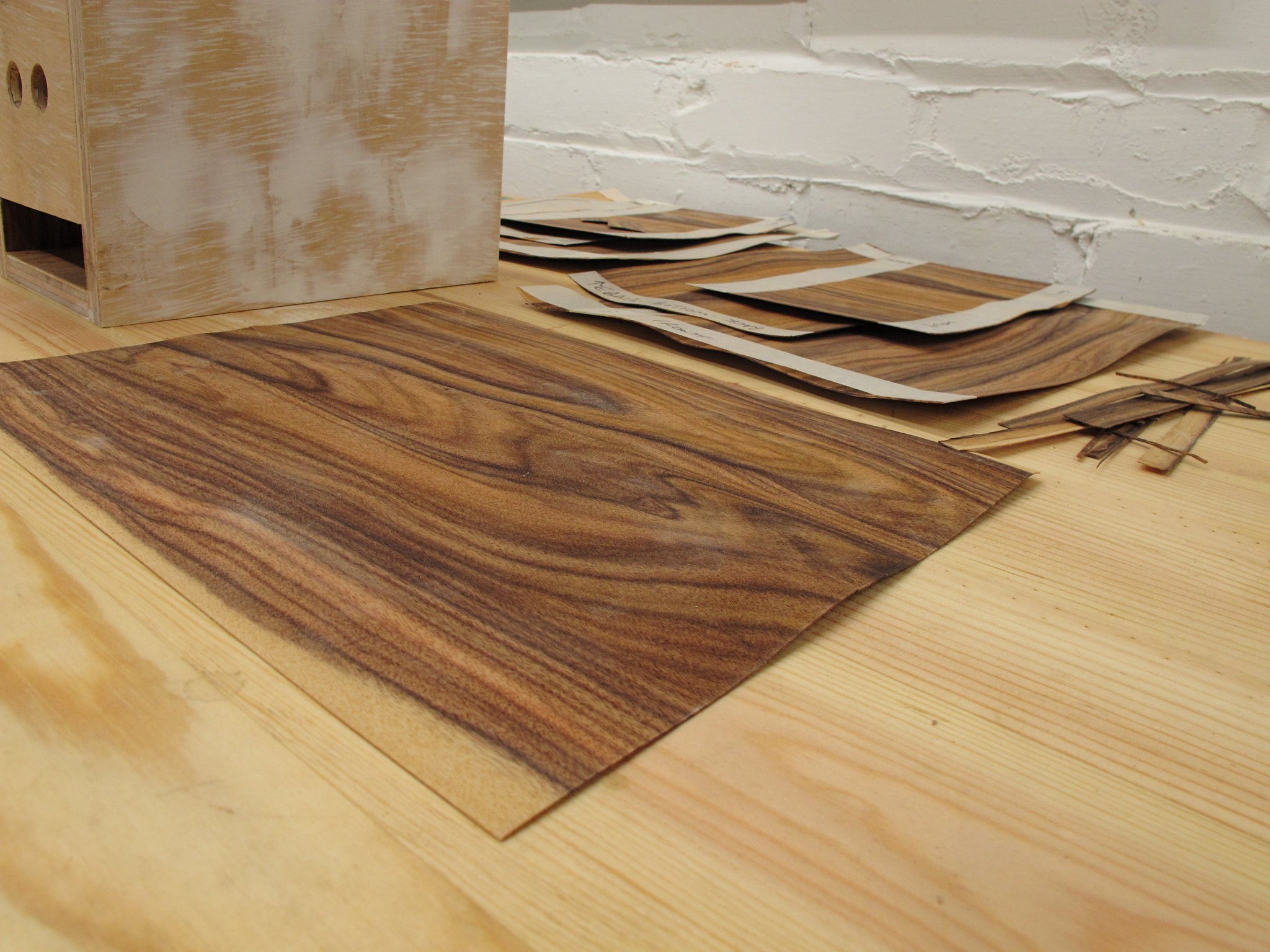 All plywood is made from veneers which are laid up and glued together so that the grain is perpendicular to the adjacent layers. But even within that seemingly tight definition, there can be a world of difference between one sheet of plywood and the next. Wood choice, quality of material, thickness, surface finish and the way the wood veneers are cut all play a factor in the quality of the plywood, affecting both its strength and appearance.

When buying plywood at the local home improvement center or lumberyard, there is often little choice in the manner in which the plywood is manufactured. These retailers normally don’t carry a wide variety of high-quality plywood, because they don’t sell enough of it to make stocking it profitable. The majority of the plywood they sell is construction grade, with no more than one or two types of hardwood for those who want them.

Generally speaking, it is necessary to shop at a store specializing in plywood and trim in order to get much of a selection of furniture-grade plywood. But even if there is no such retailer in the area, it is possible to find a variety simply by checking the stock of the various retailers in the area. Chances are, they don’t all have the same hardwood plywood, so it is possible to find a selection by comparing what the various suppliers have.

Since we are talking about the difference between hardwood and softwood plywood here, the first thing to look at is how the face veneers have been cut and applied to the plywood. There are four different ways that this veneer can be cut from the “flitch” or log. All of these produce veneers that range from 1/30 to 1/50 of an inch thick.

Softwood plywood is made with rotary cut veneer. The log is loaded into a machine similar to a large lathe, and a long knife blade peels off the veneer in one continuous sheet. It is easy to visualize this as being like paper towels coming off a roll. This allows for long sheets, which don’t have to be pieced together to make the plywood layers, reducing the cost of the plywood.

The downside of rotary cut plywood is that the grain pattern appears unnatural, when compared to sawn boards. If trees were perfectly symmetrical, the knife would be peeling off layers, making for almost no grain. But in reality there is a lot of variance in even the most uniform trees, so rotary cut ends up producing a swirly grain design, as it cuts across the various rings of the tree’s growth.

Because of the appearance, rotary cut is only used for face veneer, when it is being used to make softwood construction plywood.

Plain sliced plywood involves cutting slices off the log, which run parallel to a line drawn through the center. As the slices are cut, they are stacked in the same order, making it possible to match them when using them to make up the face veneer of hardwood plywood. If the plywood is book-matched, it is most like plain sliced. This is usually the most expensive plywood you can buy.

Plain sliced veneer can be visualized as taking sheets of paper off of a stack. It is never used for the core veneers of plywood, due to its rarity and cost.

Quarter slicing veneer is the same as quarter slicing boards, with the exception of cutting the veneers with a knife, rather than a saw blade. The log is quartered and then each quarter is sliced into veneers. This reduces waste, while producing a grain pattern which perfectly mimics that which appears on quarter-sliced lumber.

Veneer that is quarter-sliced will have grain that appears as a series of stripes, usually much straighter than that which is cut by other methods. Some woods, like oak, will have a “flake pattern” when sliced in this manner. Individual pieces will be narrower than plain sliced. This method of slicing the log produces less veneer, driving up the cost.

Rift cutting is used mostly with oak, as a means of avoiding the flaking that happens when quarter slicing. Rather than cutting the veneer perpendicular to the rings, it is cut at a 15 degree angle. As with quarter sliced, the individual pieces of veneer cut from the log in this manner will be narrower. This method yields the least amount of veneer from a flitch, making it the most expensive.

Core veneers are almost universally rotary cut from softwood to reduce cost, even on hardwood plywood. While it would seem that the core shouldn’t have much effect on the appearance of the face side of the plywood, it can have a considerable effect, especially when voids exist in the layers nearest to the face and reverse veneers. Those voids can “print” through, leaving an indentation in the face veneer. Therefore, it is always a good idea to take a look at the edge of any hardwood plywood being purchased, in order to see how the core is constructed.

Voids in the core veneers can also make the plywood weaker, as well as being more susceptible to moisture-caused damage. Moisture will become trapped in that void, allowing bacteria to form there, attacking the wood. If the voids are bad enough, strips cut from the plywood, such as for rails and stiles on cabinet faces, may be quite weak and susceptible to breaking.

Most hardwood plywood is manufactured with 7 layers or “plies,” of which, the face and back layers are the thinnest. There are also some plywood varieties which have 13 layers. Applewood and some birch plywood falls into this category.  The center layers will normally be rotary cut veneer.

Some high-grade hardwood plywood is manufactured with a MDF layer just below the face and back side veneers. This provides a smoother, more even substrate for the face veneer, eliminating the possibility of voids printing through to the surface.