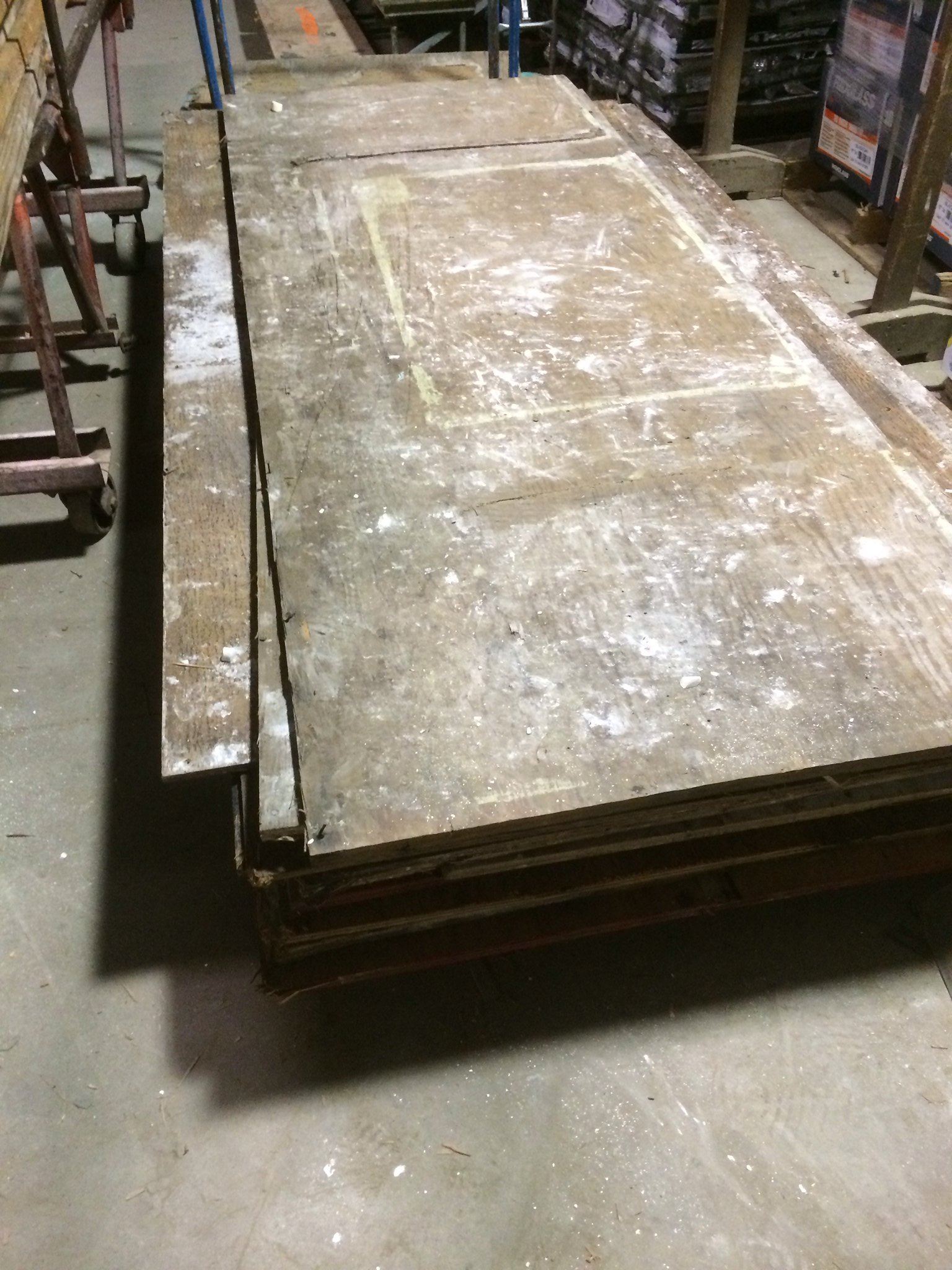 Some people complain about the smell of plywood or of new construction where plywood has been used. This smell is part of a process called “off-gassing” and is common not only to plywood, but to a number of other materials as well. Even latex paint will offgas for as much as six months. Although off-gassing from latex paint isn’t dangerous, there is some concern about the off-gassing from plywood products.

Offgassing is a normal process for just about anything which needs to evaporate in order to cure. The gases that were originally trapped in the adhesive or rosin need to go somewhere, and where they go is into the air. In many cases, those gases are actually evaporated liquids, which are a part of the adhesive.

With latex paint, the majority of the offgassing is nothing more sinister than water. But with plywood, it’s formaldehyde from the adhesive rosin used to hold the wood veneers together. Formaldehyde is suspected to be a carcinogen, raising questions as to just how dangerous plywood could be to our health.

In both cases, what’s offgassing is referred to as VOCs (volatile organic compounds). While that term is usually used in a way that sounds ominous, the word volatile means that it readily evaporates at room temperature. Water does that, as well as gasoline, the formaldehyde in the plywood, and just about any other liquid. Just for clarity, “volatile” doesn’t mean that it is flammable, although flammable liquids are also volatile, as it is usually the gas that burns, not the liquid.

In response to these concerns, the EPA issued new regulations, limiting the amount of formaldehyde used in plywood manufacture, as of June 1, 2018. While there is still some formaldehyde, the levels are low enough to be considered safe. Even so, people who are sensitive to it might be affected.

For the most part, the formaldehyde used in new construction will finish off gassing before the home is completed. With the exception of subflooring, this plywood will be used for exterior sheathing and roof sheathing; both locations where the sun can warm the panels, increasing the off-gassing rate.

At the most, it shouldn’t take more than two to three months for the offgassing to be complete. This fits perfectly with most construction schedules. As the plywood subfloor and sheathing is installed fairly early in the building process, leaving plenty of time for the formaldehyde to offgas. Even in places where one side of the plywood is covered, such as by building wrap, the plywood should have adequate time for off gassing.

In cases where construction will be completed quickly or situations where there are people in the home who are especially sensitive to formaldehyde, it’s a good idea to allow the plywood to sit in the sun for a few days, in order to accelerate the off-gassing process. For this to work, the sheets need to be separated, so that the ambient air can get to all surfaces. One possibility is to stack them vertically, on edge. If there is a breeze present, make sure that the sheets are stacked or laid out in such a way that the breeze will hit the sheets on the end, increasing the airflow over the surfaces.

There are also plywood products made which are considered to be formaldehyde-free. These include:

Another option to stop off gassing is to paint the plywood. coating it with a normal acrylic-latex paint will seal the surface, preventing moisture from entering or leaving. In the process, it also puts a stop to offgassing. But for this to work, the edge must be completely sealed. That’s often difficult, unless several coats of paint are applied.

The resin used in creating pressure treated wood doesn’t contain any formaldehyde. However, the plywood that is turned into pressure treated plywood may still be made with a formaldehyde-based adhesive. While the rosin and other chemicals may reduce or slow the offgassing of those adhesives, that has not actually been quantified.