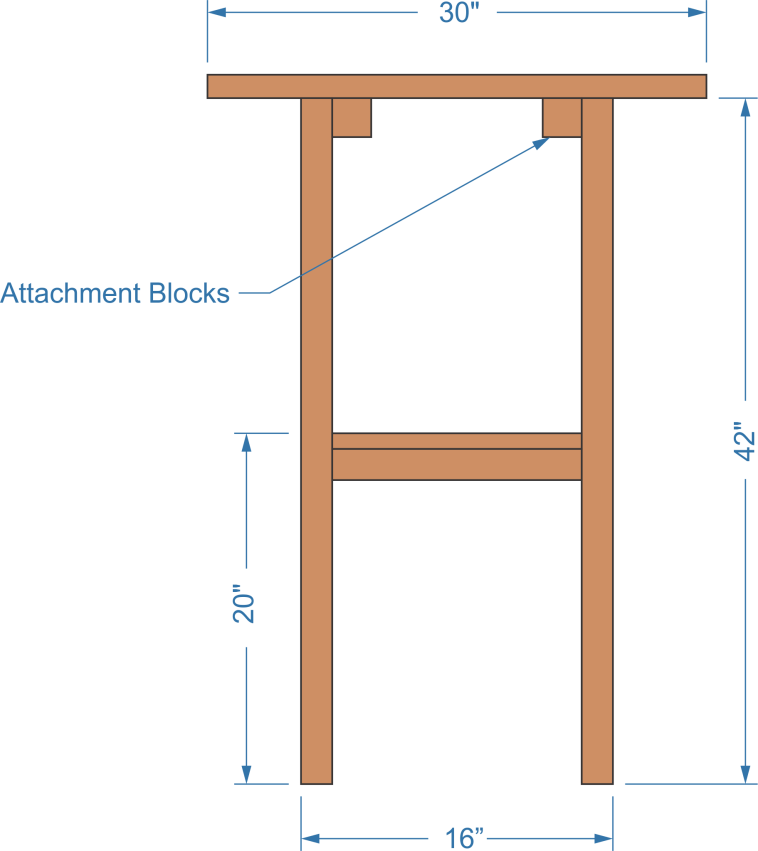 If you try to define exactly what a cocktail table is, you might find yourself having more trouble than you would expect. While it might seem like a simple question, it has been confused by opinions and how people have used the term. For many, the terms “coffee table” and “cocktail tables” are synonymous, and so use the names interchangeably. Yet others might differentiate them nothing more than how they are being used. Still others go by a technical differentiation, saying that cocktail tables are rectangular, while coffee tables are round, oval or square.

Looking at the dictionary won’t help much either, as both are listed as synonyms for each other. Apparently the people who are responsible for keeping track of our language aren’t all that picky about such terms, especially when any table will work for holding a drink.

Regardless of how they are named, cocktail tables and coffee tables are both used as a place to set one’s drink of choice, when they’re not actively drinking it. Whether the social gathering of the moment is drinking coffee or cocktails, having someplace to congregate around, where people can place their drinks, along with whatever finger food or pastries they might be eating is nice, allowing them to use their hands for other things, like gesturing as they speak.

Being tables, there is a nearly infinite variety in styles and designs one can choose from. The choices in materials aren’t quite so limitless, but there are still many possibilities. From wood to glass, with metal and stone in-between, tabletops have been made out of a wide variety of materials.

While many people might argue it, the term coffee table is most often used to refer to tables which are placed in front of a sofa or in the midst of a living room set. They are not limited to being used for placing coffee on, but in fact often have books, decorative plants and the TV remote sitting on them as well.

Cocktail tables, as most people see them, are something much less likely to show up in the average living room. They’re the tall tables used in bars and for “meet and greet” sessions at conferences. In that setting, they are rarely used with chairs, although they can be. In many such cases, they are small tables used for placing one’s drink upon, while standing around and talking.

As such, a cocktail table will usually be considerably higher than most other tables. Whereas a coffee table is typically 16 to 18 inches tall, a cocktail table will be 42 inches tall. The other two table heights which are common are for desks and tables, which are 30” tall and countertops, which are 36” tall. The taller 42 inch height is more convenient when standing, as well as working out well with barstools.

Any table consists of two to three basic parts, regardless of the table’s size. They are:

One of the main concerns when designing any table is ensuring that it is stable. That’s mostly the responsibility of the legs or base, but the table top can play a part in stability as well. However, the size ratio between the top and the base or the top and the location of the legs will have more effect on its stability.

Tabletops made out of glass, marble or other materials really don’t require a lot of work, as they are usually bought cut and finished to size. However, most tabletops are made of wood and as this is a wood website, it makes more sense to stick with a wood tabletop design.

Wood tabletops are usually made of laminated pieces of hardwood, which may or may not be edged with some sort of frame. Thickness can vary, but for a small table like this, 3/4” thickness is usually enough. Additional thickness merely adds material cost, without any real benefit. Overall size for a cocktail table is usually somewhere between 24” and 30” regardless of whether it is square or round. Round is a more common shape, as patrons are more likely to run into a corner sticking out.

To make such a tabletop requires several pieces of hardwood. Typically, they are made of consistent width pieces of the same sort of wood. But interesting variations can be made by choosing varying widths of boards or mixing different types of wood together, so that the difference in coloration or grain can stand out.

Besides the wood to be laminated together, you’ll need a number of clamps. The pieces of wood being laminated are held together with pipe or bar clamps with a wide enough capacity to hold the pieces together. For most tabletops, clamps should be spaced no more than six inches apart.

For a more accurate determination of how many clamps to use, draw 45 degree lines, slanting towards each other, from two adjacent clamping locations. If the lines don’t intersect at the far edge of the board or before, the clamps are spaced too far apart. Based upon this, maximum clamp spacing for common board sizes comes out to:

As shown in the diagram below

Cauls can be made of scrap material, but if you want to make yourself a good set of cauls that you will use regularly, then buy some premium 2”x 4” boards, which are kiln dried. They should be stamped with “KD” to indicate that they have been kiln dried. Cut them off to make pairs of cauls the length you need.  Ensure that they are straight and then plane one edge of each pair so as to create a bit of a bow, as shown in the diagram below.

This diagram is slightly exaggerated to make the curvature visible. Ideally, cauls should have enough of a curve in the edge cauls, so that considerably pressure from the clamps is needed to make the full edges of the cauls come together, while at the same time not having so much of a curve, that the clamps can’t draw the two edges together along their entire length.

The edges of the cauls need to be coated with something to prevent glue from sticking to them. Traditionally, wax was used for this but clear packing tape works as well.

For starters, rather than using a jointer, a plane can be used to smooth up the edges of boards. That’s what was done before jointers were available. In the case of boards which are rough cut, and not S4S (sanded four sides), the boards can be ripped on the table saw, to get the edges straight and remove the roughness of the sawmill cut and then planed smooth.

A dry layup should always be made, before gluing, so as to check the fit of all parts and verify that the right clamps are available. Many woodworkers alternate the placement of their bar or pipe clamps, putting one underneath and the next one on top, so as to ensure that the clamps can’t pull the boards in a way that would cause the tabletop to cup. Even with using cauls, it is possible for the clamps to cause a cup in the middle of the tabletop, between sets of cauls.

The bottom part of each set of cauls becomes the base that the glue-up is made on. The clamps that are going to be used from the bottom side of the tabletop should be laid on the benchtop, in position, between and outside of the cauls. Once they are in place, the boards on top of them, gluing the edges together. Set the clamps snugly in place, but do not fully tighten the clamps until all clamps are in place.

Once the glue has had time to dry fully (usually overnight), the clamps and cauls can be removed, exposing the tabletop. Chip off any glue that squeezed out between the joints with a chisel, being careful not to dig into the wood tabletop. Then plane or sand the tabletop to level and smooth it.

If the tabletop is intended to be round, the edges of the boards should be cut off on a table saw, making the ends square. Round tables will need to be cut out with a band saw or jigsaw. To avoid tearout, place a piece of masking tape on the cut line, before cutting it. In the case of round tabletops, sanding of the cut line will be needed to smooth out marks from the saw blade and eliminate any uneven places from cutting.

The edges of the tabletop can either be left vertical, routed or banded with wood veneer edging, to hide the end grain in the wood. If banding is not going to be used, using a roundover bit on a router table will eliminate sharp edges, making the edge more comfortable for those who lean against it.

Legs for the Cocktail Table

When legs are used with a cocktail table, simplicity is usually the key. Turned wood or carved legs are not normally used. Rather, a 2”x 2” square hardwood leg is common. They will need to be cut to 41 ¼” long, to accommodate the thickness of the tabletop.

The legs for cocktail tables are not attached to the corners of the table, even in the case of square tables. Rather, they are attached inset from the edge, so as to give the most possible room for patrons’ legs, all the way around the table. By inserting the legs, a space does not need to be skipped, so that nobody is straddling a table leg.

To give the legs stability, they will need a shelf or other support, roughly 20” above the floor level. Table legs can be attached to the corners of this shelf, either with dowels or by screwing through from the shelf’s support into the leg, so as to keep the screw heads hidden.

When building furniture like this, it is always important to think through how parts will be attached together, before starting the build. It is always best if fasteners can be run through from a direction where the fastener will not be visible or leave an exposed hole. By screwing through from the inside of the shelf and from the bottom of the attachment blocks, the screw heads are left hidden, without having to fill or plug the holes.

Making a Column and Base

If the cocktail table is going to use a column and base, there are a wide range of options to choose from. The simplest option is to buy a ready-made column and base to go with the homemade table top. This saves a lot of work, while providing an attractive, professional look.

A second option is to scavenge the base off of a used barstool and lengthen the column. The advantage with this is that the metal base is provided, even if the entire column needs to be replaced. The column itself used for barstools is nothing more than metal tubing, which is easy to find in a variety of sizes.

A wood column and base can be made out of hardwood 1”x 4”s.

With this style base, four pieces are cut 41 ¼” long and connected together to form the column, shown as the four medium brown pieces in the diagram above. Four feet, shaped somewhat like the inset diagram above, are then attached to the column at floor level, ensuring that they make good contact with the floor at all points. The column is attached to the underside of the tabletop using attachment blocks, much like what is used for the legs above.