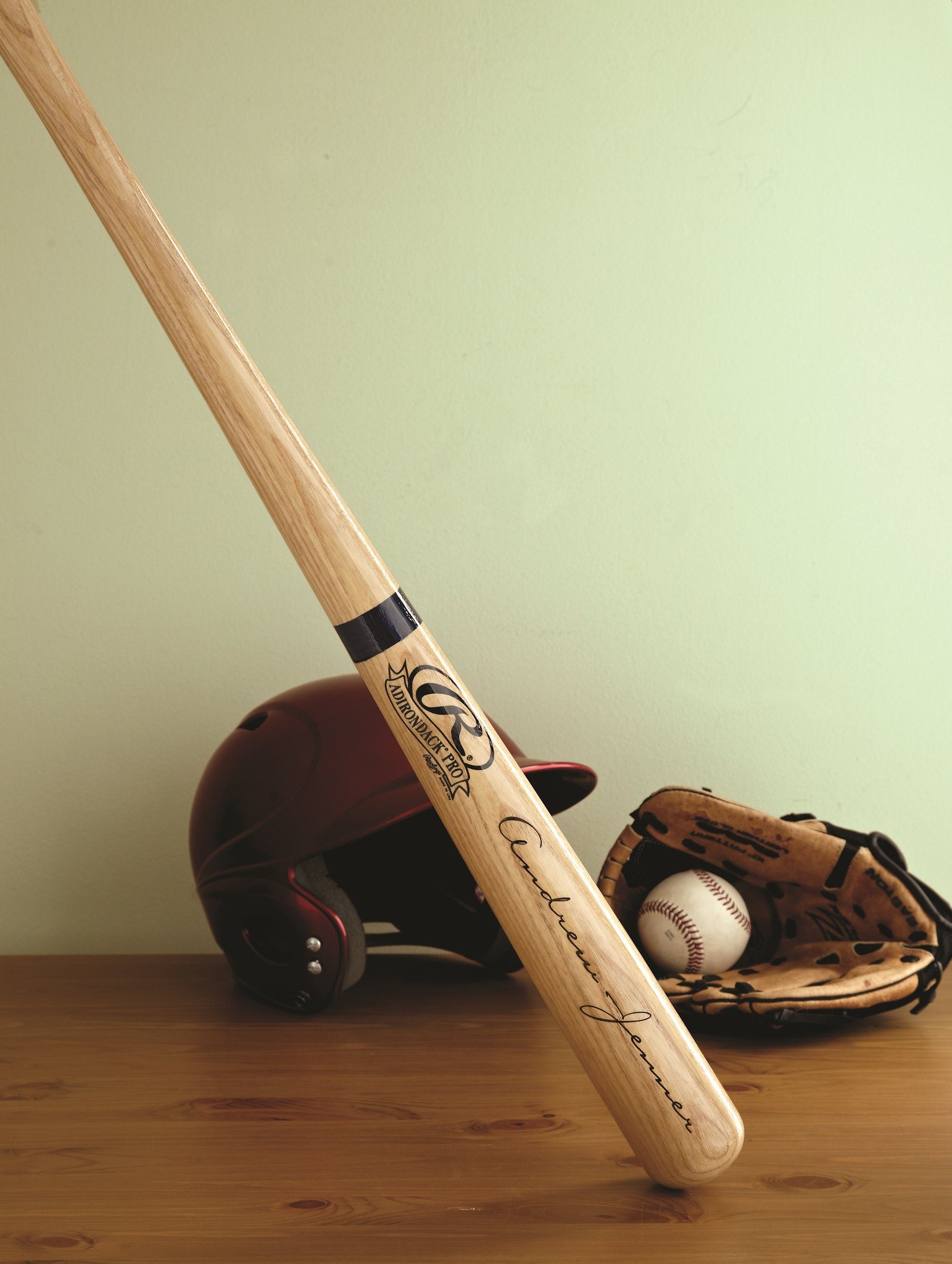 The game of baseball is an American tradition, often referred to as America’s game. While the game itself has a much older history than the American version which became professional baseball, the baseball bat has a very clear history. Although there were no real regulations on the size and material of baseball bats in the early days of the game, the first real baseball bat, as we know them today, was made in 1884. It remained unchanged for the next 90 years, until aluminum bats came along.

Today, the debate between wood and aluminum baseball bats still rages, even though wood has clearly won that debate in the most important arena, professional baseball. While aluminum bats can be used in little league, high school and college baseball, the pros can only use wood. That’s mostly due to the difference in dynamics between the two materials and a desire to keep the same bat material, so that statistics of today can fairly be compared to those of players in past years. Were professional players today to use aluminum bats, they would garner some advantages over those who played before.

The Aluminum Versus Wood Debate

Since the beginning of aluminum bats, there has been an ongoing debate about which is better. Each has its advantages and those who are its proponents. The advantages actually make it so that one type is better for beginning ball players, while the other is better for the pros.

Aluminum bats are made of aluminum tubing, thinned down by pressure for the handle, which means that the handle walls are thicker than the part of the bat that is intended to come into contact with the ball. The ends of the bat are cut, bent in and soldered together, making the entire exterior of the bat one continuous piece. Yet because it is hollow, it retains some flexibility. Specifically, the tube has the capability of compressing slightly and then springing back when it strikes the ball.

This spring or trampoline effect transmits more energy to the ball than a wood bat will, as the wood absorbs some of the energy. Therefore, the ball will leave the bat at a higher speed than it will with a wood bat. At the same time, the swing speed is increased even more by the bat being lighter, making it easier for the batter to swing it. Aluminum bats also have a larger sweet spot, allowing inexperienced batters to still get a good hit.

Another advantage of aluminum bats, for beginning ball players, is that there is no grain, as there is with wood. This means that the batter doesn’t have to concern themselves with whether the wood is making contact with the grain or on the top of the grain. We can think of this like a board cut from a log. The logo is printed on the plain grain side of the board, which is the side that will be the face of the board. That’s the side which is most likely to have a bull’s-eye grain to it. This is not the side that we want to hit the ball with, as the impact can damage the bat. Rather, the idea is to hit the ball with the quarter grain side, which is like hitting it with the grain on the edge of the board.

Finally, aluminum bats are actually stronger than wood and won’t splinter or break. Finding the high quality wood needed for making wood bats that are less likely to splinter or break is difficult, driving up the cost of wood bats.

Wood bats provide the batter with much better feedback when contact is made with the ball. This helps the battery to improve their hitting, developing better mechanics. Ultimately, the batter will become better, using a wood bat, than they will with an aluminum one. With the structure of professional baseball leagues, having major and minor leagues, that player development is essential for allowing individual players to advance to the major leagues.

Swinging a wood bat is different from swinging an aluminum one as well. Aluminum bats are lighter, making for a faster swing. That leads to greater velocity of the baseball, after the hit, which can be considered to be a safety issue. There have been enough players who have been hit in the face by a ball and seriously injured. Wood bats, on the other hand, are heavier, requiring the player to build more strength and reducing the overall ball velocity. So once again, the play is more dependent on the player, than the bat.

When we look at all this, wood bats are clearly better and all players need to graduate up to them eventually. That’s not to say that there’s no room for aluminum bats though; as they are great for training, especially for training younger children. But to make the best ball players, wood is king.

What Sort of Wood is Best?

There are three types of wood used for making bats. All are processed the same, basically turning the bat on a commercial lathe. While any of these can be used, Maple has become the most common, largely due to the tight grain and density of the wood making for the best bats. Ash and Birch are also used.

Density is important for baseball bats as it affects just how durable the bat will be. The other factor is the type of grain the wood has. Open grain woods don’t work as well as closed-grain ones do, as the open-grain is much more likely to compress from the impact. That results in deformation of the bat’s shape, flaking and splintering of the wood and eventually the bat breaking. On the other hand, a closed-grain wood like maple will only compress from the impact, increasing its density and strength.

Both maple and ash need to be dried to a very low moisture content when using them for bats. This makes it so that bats made of either of these types of wood are subject to absorbing moisture in humid environments. That can raise the weight of the bat by as much as a half an ounce or more.

Ash is more flexible than maple, which some batters prefer, as they believe it allows them to whip the bat through the hitting zone faster and provide a stronger impact with the ball. But ash is an open-grain wood, which will flake and splinter over time.

Finally, there’s birch, which is considerably softer than either ash or maple. In addition to that flexibility possibly helping to generate more velocity at impact, it can also make the bat more forgiving at impact, especially when the ball doesn’t make perfect contact with the sweet spot on the bat.

While softer, more flexible woods don’t generally work well for baseball bats, due to the ease of them becoming damaged, ash is a curly grained wood, much like maple. That curly grain locks the wood grain together, helping to keep it from flaking, as other woods might do. On the flip side of that coin, the surface hardness of a birch bat is not as high, so the bat will dent as it is “breaking in.”

One thing that must be kept in mind with any bat and any player is that consistency is important. Changing a player’s bat is likely to cause them problems as they learn the new bat. It can take a considerable amount of time for a player to become accustomed to that new bat material and its characteristics, during which time their performance will be adversely affected.