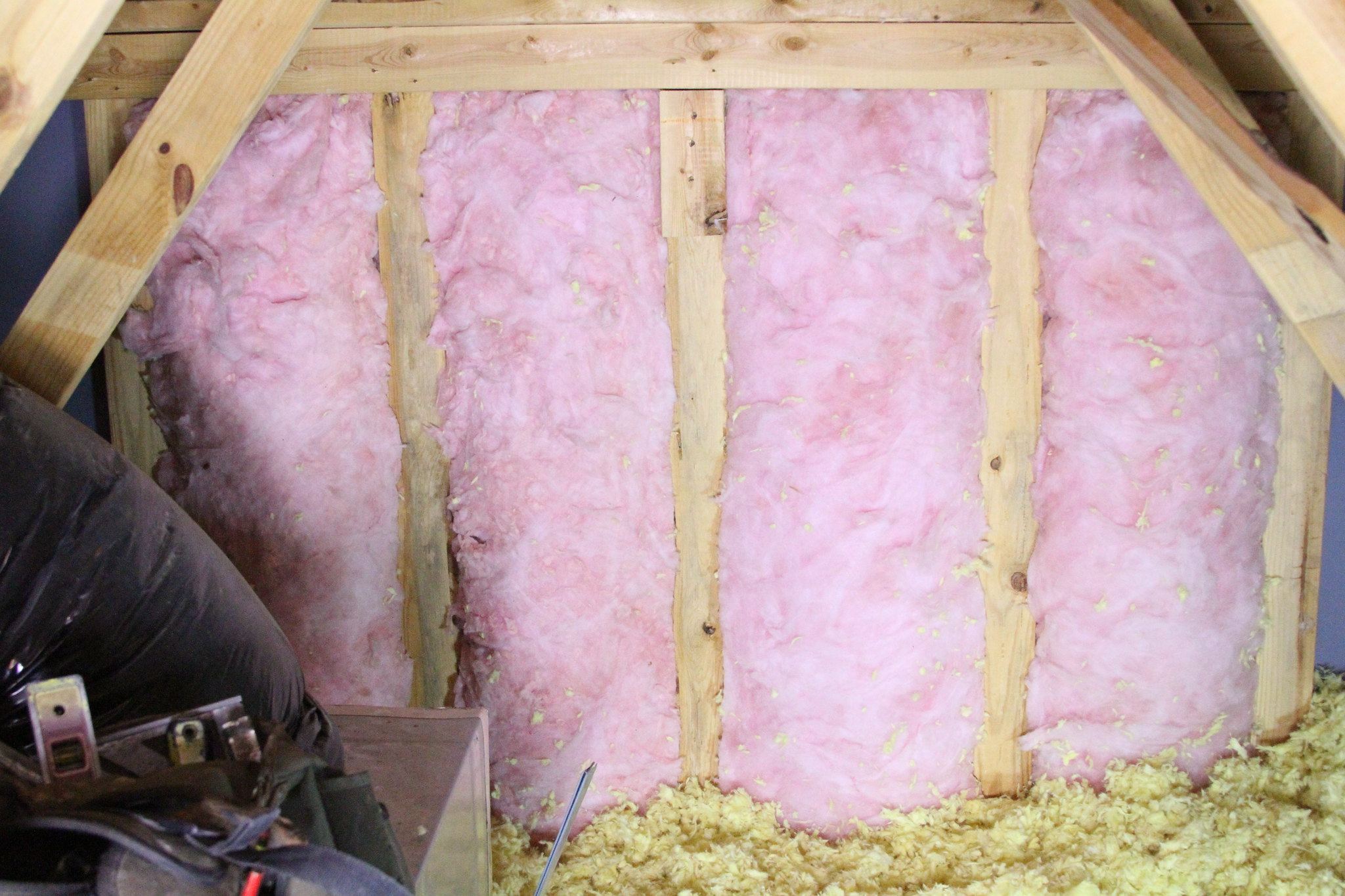 Unknown to a lot of people, the insulation in a home’s attic is the most important part of any home’s insulation. That is a simple application of thermodynamics, something we all learned in elementary school. That is that heat rises. Since it rises, it is much more effective to stop it from rising out through the attic, than to try to stop it from radiating out through the walls.

This is why homes typically have a thicker layer of insulation in the attic, than they have in any other part of the house. The government’s “Energy Star” website recommends attic insulation from R-30 to R-60, all across the country. To give you an idea, R-38 is 10 to 14 inches of insulation, depending on insulation type and R-60 is about 17 inches. But this insulation, which sits on the floor of the attic, is subject to gravity and other dangers, which can reduce its effectiveness over time.

Gravity comes into play, because it acts on the weight of the insulation itself, pulling it downwards. While here isn’t much weight there, we’re talking about over a period of years. Even so slowly the insulation compresses downwards through the years, to the point where what may have been adequate insulation when the house was built can become sub-standard 10 years or more later. For this reason, any home which is more than 10 years old should have an energy audit performed to determine if the insulation is adequate.

If none of these situations exist, additional insulation can be added, without having to remove the existing. While the old insulation may not work as well as it originally did, that old insulation will still provide some insulating value, making it worth keeping.

A Word about PPE

Whenever working with insulation products, it’s a good idea to cover the skin well. That’s especially true of fiberglass insulation, as the strands break and are fine enough to get trapped in the pores of the skin. Wearing a long-sleeve shirt is good protect from this, as the fibers of the fabric will capture the fiberglass strands. Long gloves, which overlap the cuffs of the sleeves, add additional protection. Tape the two together, leaving some slack, to keep pieces of insulation from getting in-between the two.

It is a good idea to wear a half or full respirator while working with insulation. An N-95 particulate mask can be worn instead, but those tend to clog up rather quickly. In addition, goggles or a face mask will protect the eyes from the insulation.

If the insulation needs to be removed due to the damage listed above, then the question is whether the homeowner is going to remove it themselves or hire an insulation company to do it for them. The average cost of removal is $1.50 per square foot for blow in insulation and $1.00 per square foot for fiberglass batts. However, some insulating companies provide this service for free, if they are installing new insulation in the home.

But even at $1.00 per square foot can add up to a couple of grand in a home. So many homeowners who are faced with this necessity opt to remove the old insulation themselves. This is not a dangerous or difficult job, although it is a dirty, tedious one. Care must be taken to use the right PPE, especially when working with fiberglass insulation products.

Unless the insulation is waterlogged, it is extremely light. This is an advantage, as it is also extremely bulky. The light weight allows large garbage bags to be used, packing as much of the insulation into the bags as possible. If you can find them, 100 gallon contractor’s bags are ideal.

Fiberglass batts should be rolled up as tight as possible, and then placed in the bag. Don’t fill the bags all the way full, as it’s a good idea to seal the bags closed, before sending them down the stairs. Blown-in insulation is more difficult, as there is no cohesive unit to gather up. Rather, the loose insulation needs to be scooped up and put into the bag.

There is no ideal tool for scooping up blown in insulation. Any wiring, plumbing and ductwork in the ceiling is going to get in the way of pretty much any tool that can be used. A variety of different shovels, scoops and dust pans will be needed.

At some point, the majority of the insulation will be removed and then the remainder can be sucked up with a shop vac. Don’t try this too early, as there will be too much material to suck up. As it is, even just getting around light fixtures, edges and corner will easily fill up an average sized shop-vac more than a dozen times.

Once the old insulation is removed, adding in the new insulation is fairly straightforward. If there was any water damage, make sure that the attic and especially the ceiling below has dried out and that the leak(s) have been repaired. It may also be necessary to seal the drywall to protect it, if the paper outer layer is damaged. This can be done with a fast-drying shellac primer.

Most homeowners use R-19 fiberglass batts for insulating their attic. However, there really should be a minimum of R-38 insulation in the attic, which means two layers of those R-19 batts. Those don’t come with a paper moisture barrier, which should not be used in an attic. On the other hand, if, for some reason, the insulation purchased does come with a moisture barrier, it can still be used. Just install the batts with the moisture barrier down, towards the drywall.

The second layer of insulation will require more material than the first, because the first layer is laid between the joists. With the joists spaced 16” apart, 9.375% of the floor area of the attic will be joists rather than insulation. So, expect to use 9.375% more insulation for the second layer.

If the old insulation doesn’t have to be removed, it actually makes it easier to add new insulation, as the old will probably be flush with the tops of the joists, making it possible to put the new above them. The major decision then becomes what type of insulation to add. That breaks down into:

When installing additional batt type insulation in the attic, it’s a good idea to run the new batts perpendicular to the old ones. This will help ensure that there are no areas which are left uninsulated, such as the space taken up by the joists themselves. Be sure to leave some space at the eaves, wherever there is a vent. That is necessary to allow air to circulate through the attic, removing excess heat in the summertime and excess moisture year-round.

Blown-in insulation is actually easier to install, especially in an attic where there are a lot of irregularities to the shape, such as rooms with raised ceilings below. Although it requires a special machine to blow the insulation in, most home improvement centers will “rent” the machine for free, if the customer buys 10 bales or more of insulation. That makes it a pretty good deal, as those 10 bales will cover a lot of attic floor and the machine will make it possible for two people to do the project in an afternoon. As with the fiberglass batts, care must be taken to avoid covering up vents in the eaves.