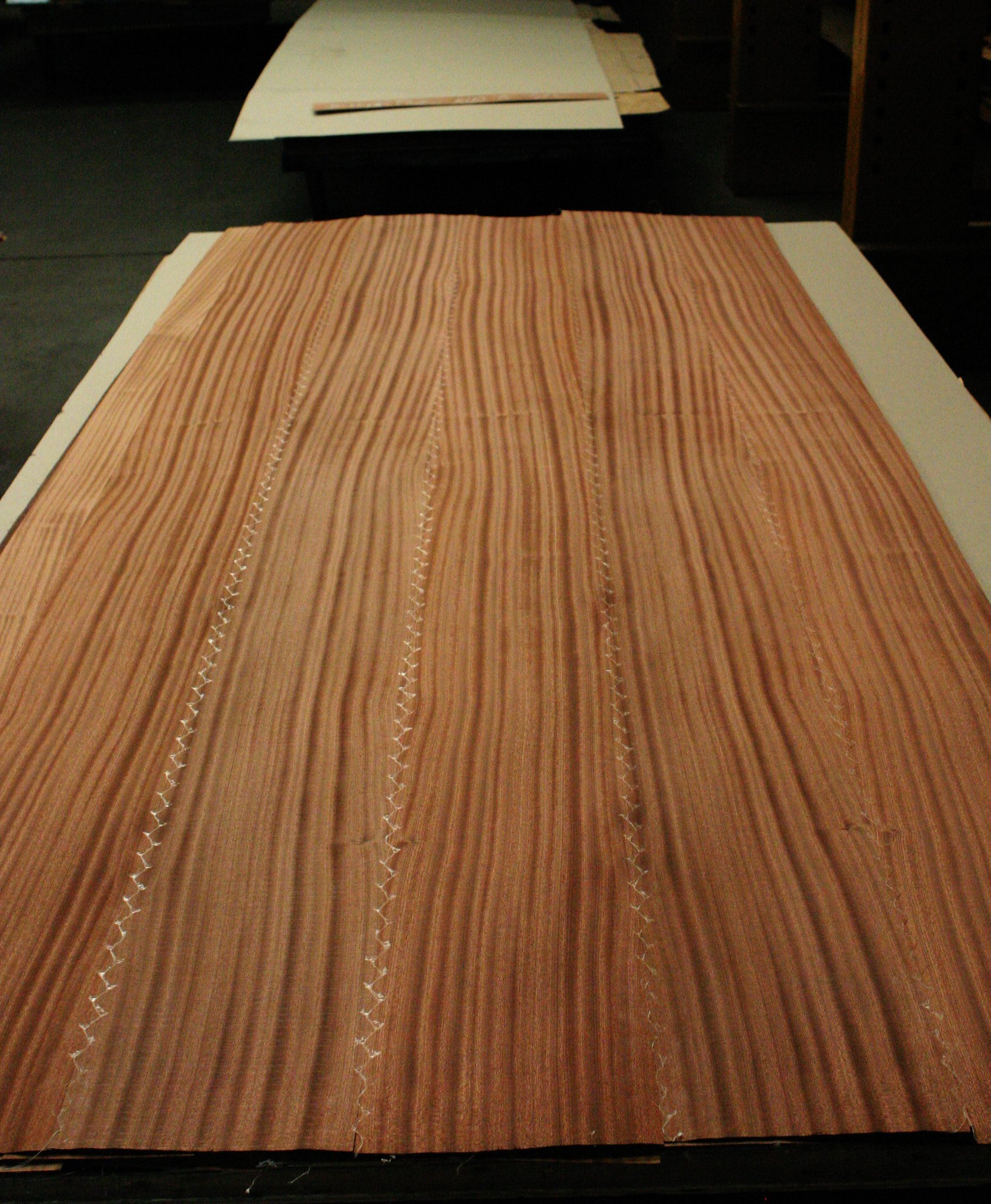 Mahogany has been a popular wood for fine furniture for centuries, ever since it was first used in the early 1700s. Queen Anne liked the look of the wood and so much antique Queen Anne furniture was made of it. Thomas Chippendale furthered the popularity of mahogany, when he began using it. but not everyone loved mahogany and Napoleon blockaded the shipment of mahogany to the European continent in 1806, in order to put a pinch on British trade.

Mahogany is popular because of its rich tones and fine grain. But its popularity has had a down side as well, with overharvesting of genuine mahogany having lowered the availability to the point where it is listed as needing strict regulation on CITES (Convention on Trade in Endangered Species). This has made genuine mahogany wood illegal to trade, import and even to own in both US and international law. The specific law making it illegal in the US is the US Endangered Species Law. Even so, Peruvian mahogany is traded in violation of CITES, as this violation of the law is not prosecuted. It is not hard to find genuine mahogany in the US, although it is more expensive than African mahogany.

Nevertheless, even though genuine mahogany is imported and sold in violation of the law, most of the mahogany sold in the US is not genuine mahogany, but rather one of several other woods that has a similar appearance to mahogany. The most common of these is African mahogany, which grows in the western part of the African continent. Although this is technically a different species of wood, it is similar enough looking that some sellers are not honest enough to identify clearly what it is they are selling. Trees grow to 130 feet tall and 3 – 5 feet in diameter, giving a good amount of wood per tree.

Nevertheless, both woods are similar to work with. The fine, uniform grain is easy to work with, giving the appearance of being perfect for carving; there has been much carved mahogany furniture made through the years. African mahogany does have a tendency towards tearout, making it necessary to take extreme care when cutting it, especially when cross-cutting. The normal methods to prevent tearout are effective when strictly used. The wood glues and finishes extremely well. Other than that, it is an easy, consistent wood to work with.

All species of mahogany are considered to be durable and long-lasting, with some resistance to rot and wood-eating insects. However, it is not fully resistant. The wood is water-resistant, explaining its popularity in the boat building business. Once the wood is dried, it is extremely stable, which does not shrink and will not warp. While the color may vary, coloration within the boards from a specific tree will be extremely consistent. Even so, it will have a tendency to darken somewhat over time.