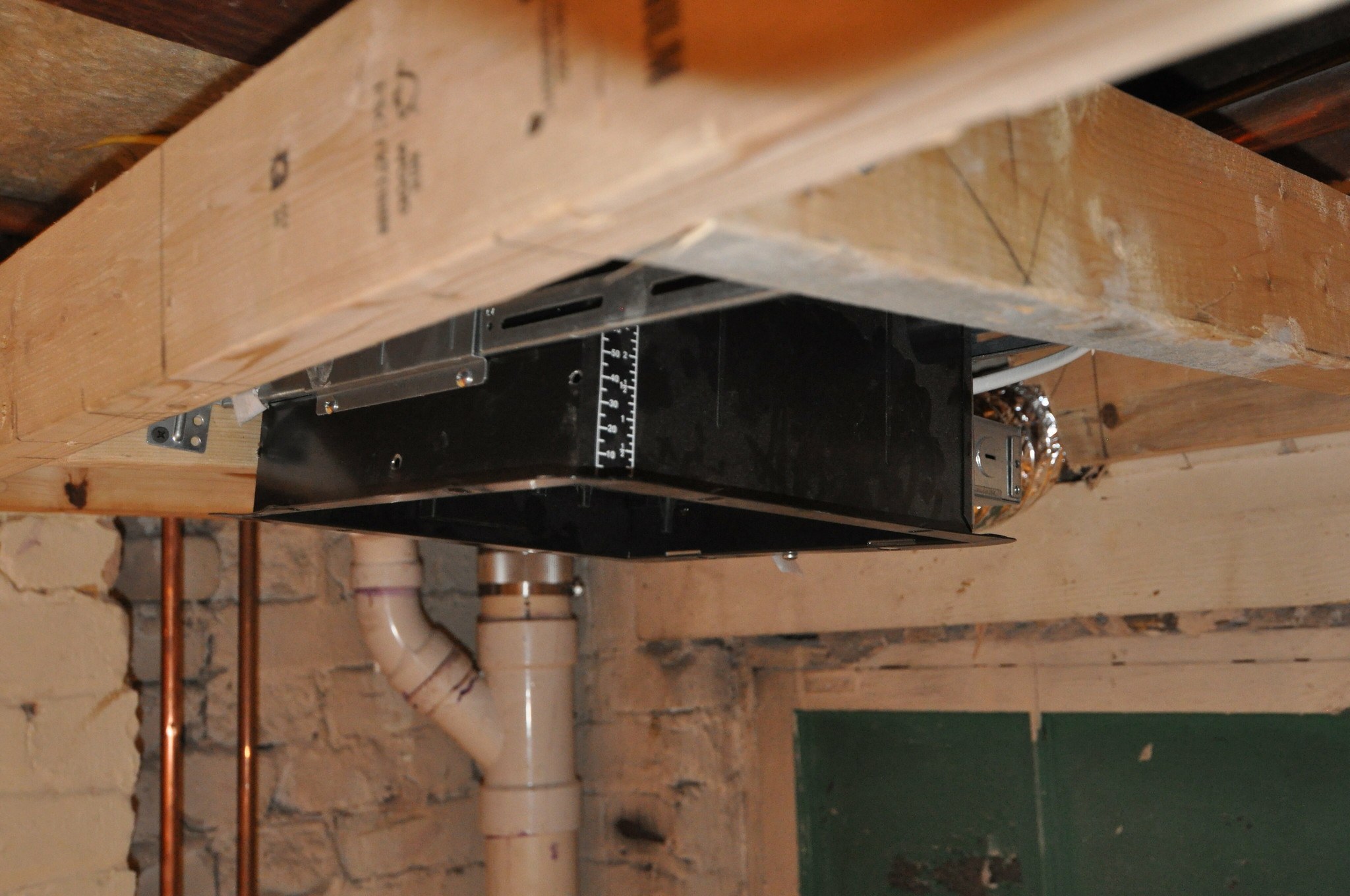 Building code requires that all bathrooms be ventilated. There’s a good reason for this and it really doesn’t have anything to do with getting rid of the noxious odors sometimes found there. It’s actually to get rid of moist. Bathrooms are humid places, with the hot water in the shower and tub rapidly increasing the humidity within the room.

That humidity is much more serious than causing the mirrors to fog up. Humid environments are a home for mold, mildew and attract our favorite wood-eating insects, termites. Ultimately, it will cause dry rot, which is really a combination of the damage done by mold, mildew and termites. So it’s necessary to get that humidity out of the bathroom fairly quickly, before it can lead to that damage.

There are two basic ways that the building code allows for getting rid of that moist-laden air: either through a window or through a fan-powered vent. Of the two, the vent is superior, as it will remove the humidity faster.

When a window is used, it must have at least three square feet of glass, at least half of which must be movable, giving 1-½ square feet of open area when opened. That’s not a lot of open window space and without any wind to force air movement, the humidity will not leave the room very quickly.

In order for a window to work as an effective means of ventilation, it is necessary that the door to the bathroom be open, as well as a window on the opposite side of the house. Since few people actually leave their bathroom doors open or windows open all around the house (especially in the cold of winter or heat of summer) then it makes more sense to use a vent, rather than a window.

Can the Bathroom be Vented into the Attic?

There were a number of years in which contractors would commonly allow these to vent into the attic. However, it became clear that there were problems with that. The high amount of humidity that was blown into the attic tended to stay there, rather than passing out of the attic into the ambient air around the home. This practice was brought to an end in the 90s.

Attics are built so that the air in them will vent out, allowing excess heat to escape. There are normally vents installed into the soffits, providing an air inlet, as well as some sort of vent near the peak of the roof, allowing air to escape. These can either be ridge vents, roof turbines, or plain roof vents. With everything working properly, air coming in through the soffit vents is heated in the attic, flowing back out through the vents in the roof. But this is a slow process; not fast enough for removing humidity.

It is not uncommon for this system to fail, most often because of the soffit vents being covered by insulation. While air can still travel out of the attic area, via the roof vents, there isn’t air coming in to replenish it. About the only time air is actually flowing through the system is when the attic access hatch is open; but that air is coming from inside the house.

Some people have tried putting a flexible duct from the bathroom vent to just below a roof vent, especially with a ridge vent; the idea being to allow the humid air coming from the bathroom an easy path to the vent itself. But since the exit point from the duct is still inside the attic, there is still a chance for the humidity to attack the roof sheathing above the vent, causing mold and rot.

Vent the Bathroom through the Attic

While venting the bathroom into the attic isn’t a good idea, there’s nothing wrong with venting it through the attic. This means allowing the flexible duct from the bathroom to pass through the attic space, going to a vent in the gable end, soffit or roof. Those for the roof or gable end are preferred to those installed in the soffit. The moist air from the bathroom never leaves this duct in the attic itself, but rather is exhausted out into the ambient air, where the humidity can dissipate without causing any damage to the home.

There are separate types of vents made for use with bathroom vents, depending on where the vent will exit the home. The same kind of vent for the soffit, won’t work for the roof. Likewise, one which works well on the roof shouldn’t be used on the gable end. It’s important to ensure that the right sort of vent is being used, for the location.

All of these vents must have an internal flapper valve, which closes off the vent when the blower is off. That prevents birds or bats from nesting inside the vent itself. Vents can be combined, with one external vent having several bathroom vents and even the vent for the clothes dryer coming together into one piece of ductwork, connected to the vent.

However, if the vent is being used for both a bathroom and a clothes dryer, remove any wire inside the vent, as it will trap lint, eventually blocking the vent and preventing it from working.

There is a potential for a problem to occur when running a bathroom vent through the attic, especially for people who live in colder climates. The problem is, during the colder months, the warm air being blown through the vent duct will be colder than the air in the attic space. This temperature differential will tend to cause condensation on the outside of the vent duct. That’s especially true for long horizontal runs of ductwork. As the condensation builds up, it will drop off into the insulation, damaging it and the drywall ceiling underneath.

There is a solution to this problem. That’s to install insulated ductwork, rather than more basic ductwork that comes without any insulation. While more expensive, it is still considerably cheaper than paying for the repairs that not using it will cause.