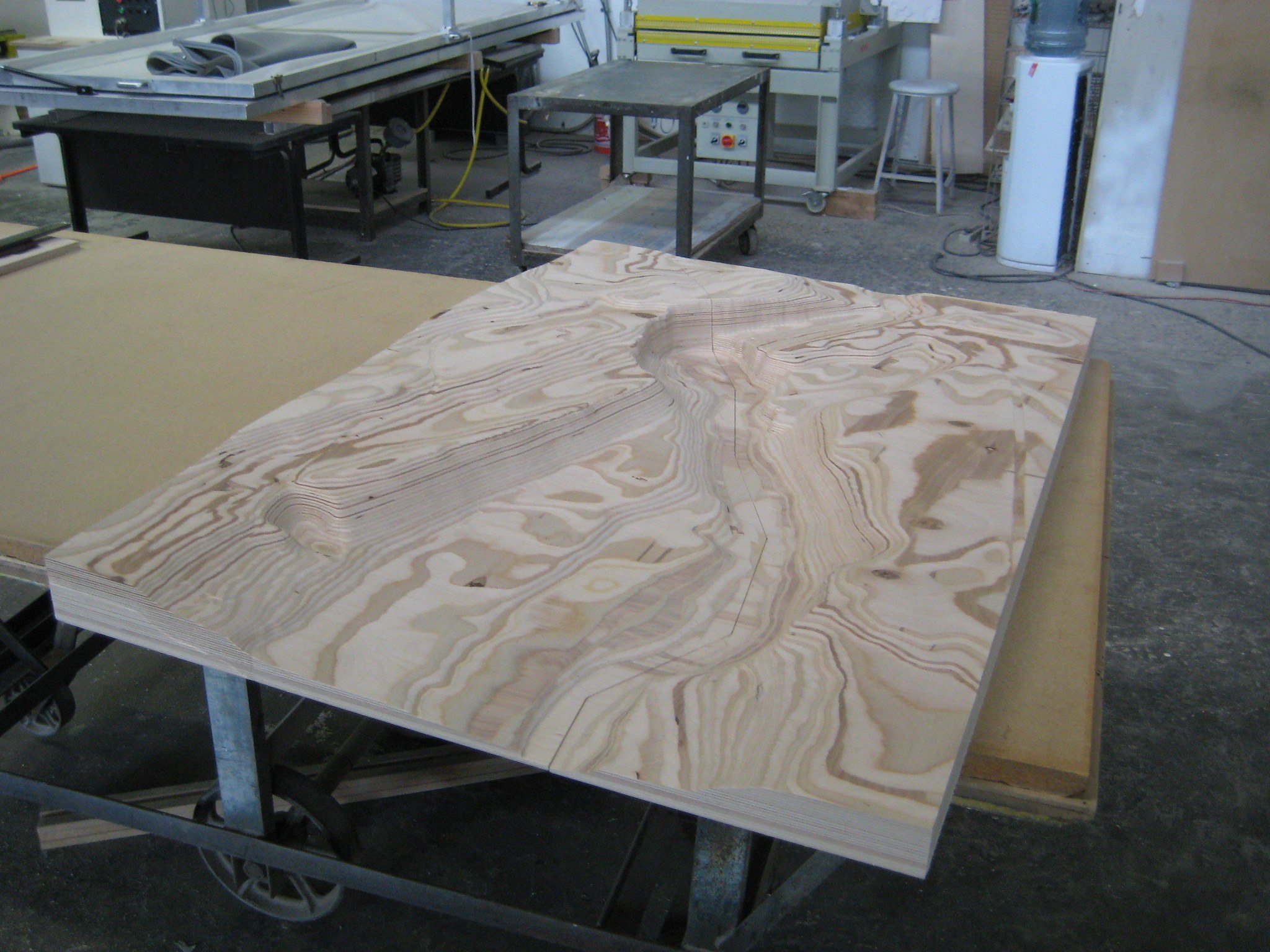 Birch plywood is one of the more popular hardwood plywood options available today. Generally sold as either “baltic birch” in Europe or “appleply” in the United States, birch plywood is used extensively in the cabinetmaking industry, as well as for furniture and architectural applications. While it is used more for furniture and cabinetmaking today, it first found a home in architecture, especially commercial buildings.

The various types of birch trees grow all across the northern hemisphere and can be found in the United States, Europe, Greenland and Iceland. It can even be found in parts of Asia. The Baltic states of Finland, Sweden and their neighbors are heavily forested in birch, making them the home to Baltic birch. The trees themselves are not all that large, growing to a mature height of 33 to 65 feet tall, with a trunk diameter of only 1 to 2 feet. But it is one of the fastest growing trees, able to grow 24 inches per year, so harvested areas repopulate quickly.

The heartwood of birch tends to be light reddish-brown, while the sapwood is a creamy white. Occasional figured pieces exist, with the same sort of figuring as curly Cherry. The wood is straight grained or slightly wavy, with a fine texture. Growth rings are nearly invisible in the wood, giving it a rather dull appearance. It is a rather hard wood, roughly equivalent to oak, but with a much finer grain.

Birch plywood has carved out its own niche in the woodworking world, both under the trade names of Baltic Birch and ApplePly. It is both extremely durable and attractive. When the veneer is cut from the log, it is cut 1/16” thick, so birch plywood tends to have more plies than other hardwood plywood. The coloration of the plies, as seen from the edge of a sheet, provides an attractive contrast between the long grain and the side grain, with little to no voids. This is part of what birch plywood is prized for, as the cut and finished edges can be left exposed, rather than having to apply any sort of edge banding.

One area where birch plywood has found a home is in industrial furnishings, such as work-stations in factories. This has caused a general identification of contemporary styled furnishings made with birch plywood to be identified as “industrial style.” A number of large clothing chains have adopted this as their style, capitalizing on the association by using birch plywood fixtures in their stores.

There are several clear advantages in using birch plywood, compared to other types of plywood:

Birch plywood is an attractive plywood product, even though the surface may be imperfect. It is common to have several football or oval shaped patches, made from matching colored birch, in the face veneer of even the highest grades of birch plywood. These have been added to hide knots or discoloration. While visible, the lack of contrasting grain color hides them fairly well.

While not always easy to find, ApplePly is available throughout the United States. States Industries, the manufacturer of ApplePly keeps an updated map of their distributors on their website. It is available in the common thicknesses plywood is produced, up to ¾” thick. The cost is roughly the same as buying any other domestic hardwood plywood; but the overall quality of the panel is better, as the core is hardwood, has more veneer layers, no voids and a thicker face and back veneer. Baltic Birch is even harder to find in the United States and is primarily available in Europe. Most Baltic Birch sold in the United States are project pieces for crafts, rather than larger sheets for furniture making; however full sheets are available. When available, it is considerably more expensive than ApplePly, as it is imported from the Baltic region of Europe.