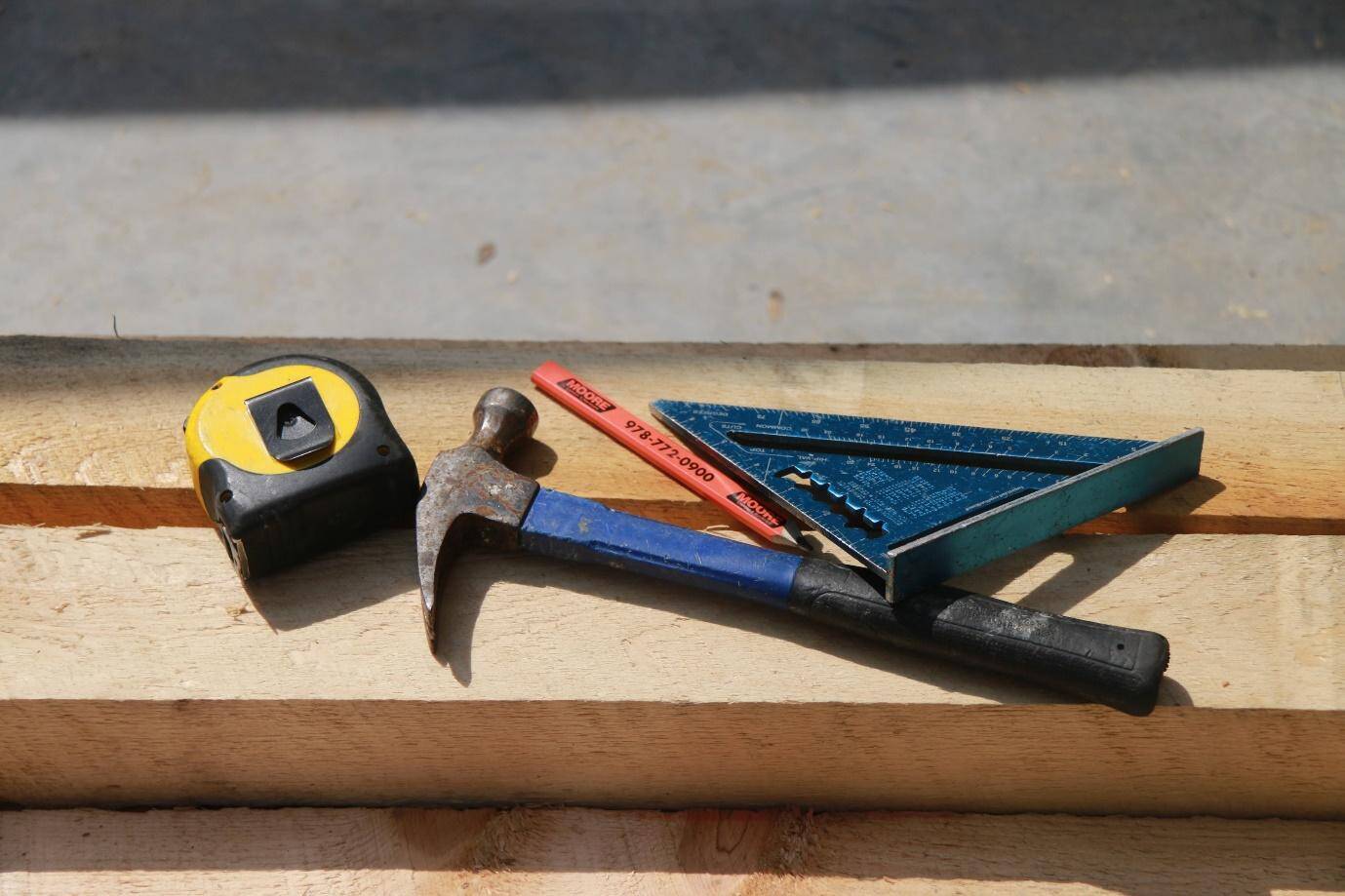 Calculating angles is an essential part of most woodworking projects. You’ll usually need to figure angles when building furniture, or starting any project that requires two pieces of plywood to fit together perfectly, like building frames (for doors, windows, or pictures), tables, or wall paneling.

There are two types of angles you can measure: standard angles and miter angles. Different tools are available to help you measure new angles, and to cut and trace an angle onto a new sheet of plywood for cutting.

Keep reading to learn how to figure angles for cutting wood and what tools you need.

How Do You Work Out Angles to Cut Wood?

Before measuring angles, you need to first work out the type of angle you need to cut: a standard angle or a miter joint. The tool you need to use will vary depending on the cut you need to make.

Standard angles are considered any angles that need to be measured on a sheet of plywood. These angles are either measured before cutting, or to check an angle is correct on an existing cut of wood. Cutting standard angles in plywood can be done using any angling tool. Generally, the best tools to use are T-bevels (also known as bevel gauges), protractors, or digital angle rulers.

A miter cut is when two pieces of plywood are cut at angles along the face or width of the board to join corners together perfectly. A true miter angle is when the two sheets are cut at 45-degree angles to form a 90-degree corner when positioned together.

Miter angles are usually required to cut skirting boards, coving, or furniture. The best way to measure a miter angle or miter joint is to use a site protractor (also known as a miter protractor). When cutting miter joints, you may need to use a miter saw table and miter clamps.

What Tools Do You Need to Measure Angles?

There are five main tools you can use to measure angles:

Most tools can be used universally to measure any angle, except for miter angles, which should be found using a site protractor.

A T bevel is a short, flat blade that swivels around and can be locked into place. It’s often referred to as an angle finder or a bevel gauge. These devices can be adjusted to help you figure angles in wood before cutting. You can use a bevel gauge to find a new angle, or to trace and transfer an angle measurement from a corner to a piece of wood.

To figure a new angle using a T bevel, you need to:

To trace and transfer an angle measurement using a T bevel, you need to:

Here’s how to use a speed square to measure angles:

Using an old-fashioned mathematics protractor is not ideal for cutting wood because of its small size, which can lead to inaccuracies. However, it can still be used to measure angles for woodworking projects if it’s the only device you have. A protractor is a small semi-circle or full-circle device that allows you to measure acute (less than 90 degrees), obtuse (more than 90 degrees), and right angles (90 degrees exactly).

You can use a protractor to trace the angle you want onto a sheet of plywood, or you can use it to measure an existing angle in wood.

Here’s how to use a protractor to find a new angle:

Here’s how to use a protractor to measure an existing angle in a cut of wood:

Digital angle rulers are more advanced than most other tools on this list. These have two rulers connected together with a hinge and a digital display screen in the corner. You can use a digital angle ruler to measure existing angles or find a new angle.

Generally, digital angle rulers are one of the more accurate ways to measure angles, especially when the cut needs to be exact, as the display screen shows the angle to several decimal points.

Here’s how to use a digital angle ruler to find a new angle:

Here’s how to use a digital angle ruler to measure an existing angle:

Miter protractors have two scaled rulers with an inner and outer scale that you can use to measure the miter angle needed for each piece of wood.

Here’s how to use a miter protractor to measure the angles you need to cut:

Summary: What Tool Do I Need to Cut Angles in Wood?

Remember, the most important things to do when finding the actual measurement of an angle are to: