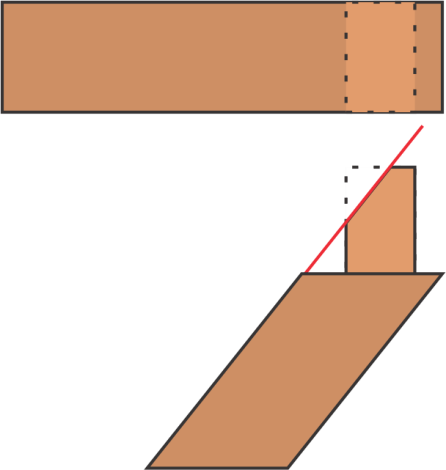 Owning a home means more than just the building, there’s the property that the home sits on as well. Granted, some homeowners buy a condominium, where exterior maintenance is taken care of by the homeowner’s association. But the majority of people buy free-standing homes, which sets the new homeowner up for a number of exterior projects, like putting in a lawn, erecting a fence and planting trees. Of course, part of putting up that fence includes installing a garden gate, allowing access from the front yard to the back.

Garden gates, like the fences they are in, can vary widely and don’t necessarily need to match the style of the fence they are in. While it’s not exactly common, there are cases where people have put metal gates into wood fences and had it come out perfectly fine. But for the most part, if we’re going to build a wood privacy fence around our backyard, we’re going to put a wood gate in it; more specifically, a wood gate that’s covered with cedar fence pickets.

Cedar fences, specifically cedar privacy fences have become the most popular style fencing, at least for backyards. That’s in part due to people wanting privacy when sunbathing or other activities and partially due to the durability of the fence. Compared to other woods used for fences, cedar typically outlasts them, due to the inherent characteristics of the wood, including the wood oil which deters insect damage and fungus-caused rotting.

Cedar fencing is also rather inexpensive, especially when compared to pressure-treated wood. An added cost savings is that no painting or other finishing is required, unlike pine fences, which require painting, as in the “white picket fence.” As fences are difficult to paint, using a material that doesn’t require painting is advantageous.

That’s not to say that cedar fences can’t benefit from maintenance. Spraying down the fence with linseed oil every few years will help to replenish the natural oil that was originally in the wood. As overly dry wood can crack, this can add years to the life of a cedar fence.

Cedar fences can be cleaned, as well, perhaps before applying the linseed oil. Using a pressure ash on a cedar fence that has turned grey with age will refresh the fence, returning it back to the original color. Once the fence has been given enough time to dry fully, spraying it with linseed oil will help it to maintain that natural coloration.

Many wood gates don’t last. That’s not to say that they fall apart; but rather, they begin to sag over time. The reason for this is not the gate post they are attached to; but rather the construction of the gate itself. Apparently there are a lot of people who don’t understand the mechanics of gate construction, so don’t build their gates to withstand the effects of aging.

There are two parts of this that are of supreme importance. The first is joinery and the second is the difference between tension and compression. With the right understanding and application of these, any gate will hold up for years, without sagging.

Let’s start with joinery. Most people don’t actually use any joinery in the basic Z framework of their gate; but rather just butt the ends of the boards together. This means that the boards can move in relation to each other, allowing gaps to form and joints to open. The slats on the gate can’t prevent this, as they are counting on the framework to hold them in place.

The solution is to connect the framework pieces together with solid joints. Joinery, rather than just putting the pieces together, ensures that the wood pieces don’t shift in relation to each other. While many people use pine for the framework, I’d avoid it, sticking with cedar all the way through. There are several joinery methods which work well for gate frameworks:

Always be sure to use exterior or waterproof grade adhesives for the joinery in the fence, as other wood glues can be softened or even washed away by rain.

But how does this apply to a board that is at an angle? We can see that by looking at where the weight is, in comparison to the support of the structure, in this case, the hinges holding the gate to the gatepost.

While compression always requires a board in place to carry the weight, tension doesn’t. Rather than using a wood diagonal brace, a piece of cable with a turnbuckle in it can be anchored to both the upper and lower braces, in the same place that the diagonal brace is. As the turnbuckle is tightened, it puts the cable under tension, actually lifting the latch side of the gate.

This is also how a gate that sags is repaired, regardless of whether it was built with the diagonal brace under tension or compression. Adding the cable and turnbuckle provides the ability to increase the tension, lifting the latch end of the gate and bringing it back into square. So if there’s a gate which wasn’t repaired properly and it needs to be fixed, this is an easy fix, rather than building a whole new gate.

The worst possible gate construction is shown in the diagram below, where there are three crossbars, forcing the diagonal brace to be cut in half. In this case, the diagonal brace is unable to do its job, carrying the weight to the hinges. This sort of gate will always sag. So even if the fence itself has three crossbars running through it, only use two on the gates.

Now that we understand the mechanics acting upon the structure of a garden gate, building one is rather simple. To start, measure the width of the opening and the distance between the top crossbars and the top of the fence. This dimension is important, as the crossbars of the gate should align with those supporting the fence pickets and the tops of the pickets should be even.

Cut the crossbars for the gate 1” narrower than the width of the opening the gate is being installed into. This allows room for the gate swing and hardware. Lay out the two crossbars as they will sit in the finished gate, parallel, the right spacing between them and with the ends aligned. Then lay the diagonal brace over them and mark all parts, showing where the crossbars and diagonal brace are overlapping each other.

In the case of both the mortise and tenon and the lap joint, the diagonal brace should be cut off on the outside of the crossbars, leaving material for making the joint.

The big problem with using a mortise joint in this instance is that the tenon has to be cut at an angle to the diagonal brace, as shown in the diagram below. Because of this, the tenon won’t fully fill the mortise, leaving a pocket that can fill with water and other debris. To make up for this, it is a good idea to cut a small plug to fill that space and glue it in, once the two pieces have been joined together. Making the plug oversize and then cutting it flush with the edge of the crossbar, once the glue has dried, will ensure a clean surface that is perfectly in line.

Another option for using mortise joints for a garden gate is to forgo the diagonal brace and make a framework for the gate that consists of an outer framework with crossbars. Properly made, the mortise and tenon joints will be strong enough in this case, that they can overcome the gate sag, without the use of a diagonal brace. Essentially the crossbars will act as the brace, with the top of the bars being in tension, while the bottom is under compression.

To make a lap joint, start by making a series of cuts half-way through both pieces on the table saw, taking care to ensure that the opposite side is being taken out of each. Then clean out the material between the cuts with a mallet and chisel, taking time to ensure a flat, smooth surface. Most wood glues aren’t gap filling, so you need the two surfaces of the joint to align well.

Overlay the two boards, ensuring that they are aligned properly. Then separate the joint to add glue to both surfaces. Set them back in place and either clamp them together or fasten them with screws. I personally like clamping them and allowing them to dry, and then going back to drill holes through the joint to insert dowels. Glue the dowels in place and then cut them off flush with the surface of the wood.

There are manufacturers which provide metal brackets for assembling a garden gate. These are essentially large corner brackets. Rather than depending on a diagonal brace to provide the anti-sag strength the gate needs, the metal corner brackets provide it. However, this option is costly and not as attractive as an all-wood gate with metal hinges and latch.

Nail or screw the pickets to both crossbars and the diagonal brace, aligning them with the guide bar using two fasteners per cross-member. These do not need to be glued, just like the fence pickets, although they can be, if so desired.

Set the gate in place to check the fit. If the gate was made with the pickets at the right dimension, then the pickets will align with the fence pickets. However, the bottoms of those pickets will probably be sitting on the ground, which will make it difficult to open and close the gate. Cut off a couple of inches from the bottom of the gate, in order to allow ground clearance to it.

Keep in mind that any gate wider than 42” is has a much greater chance of sagging, than a narrower gate, due to the cantilevering action pulling on the weight of the gate. To counter this, it’s a good idea to add a wheel to the latch side of the gate (or gates), providing support. If the ground is uneven, it is more important for this wheel to provide support to the gate when the gate is closed, as that is how it will spend most of its time.