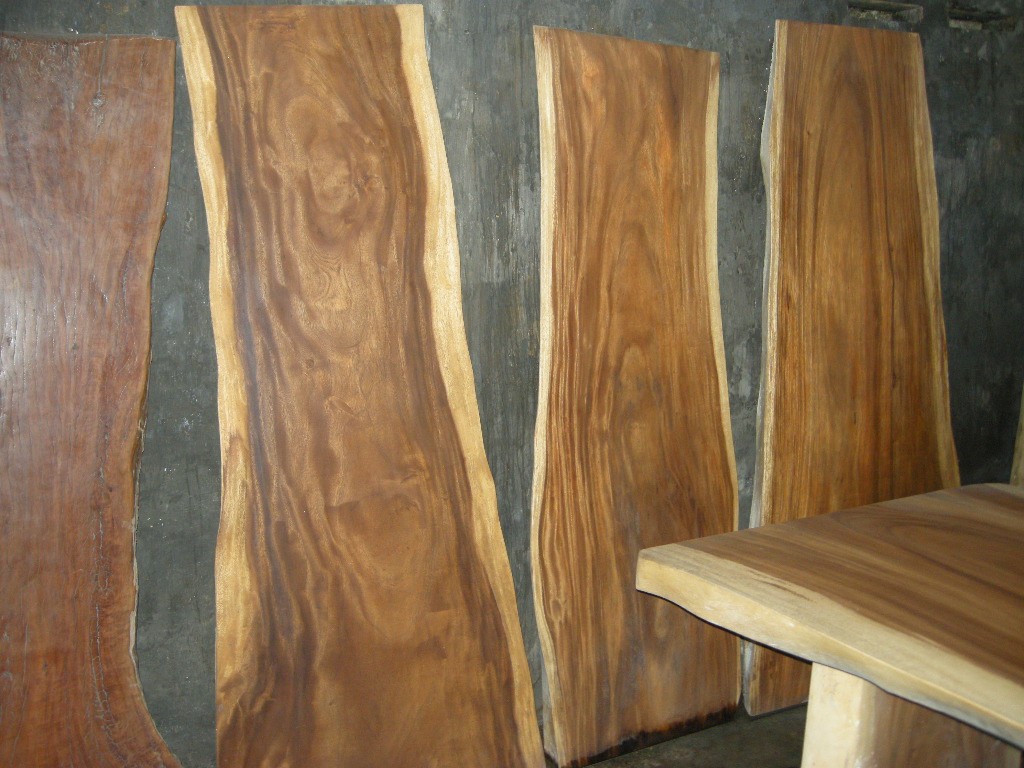 Acacia has a unique history amongst woods, in that the furnishings of the Biblical tabernacle, sometimes referred to as the “Tabernacle of Moses” were made out of acacia wood. Some translations of the Bible use the term “shittam tree” rather than acacia, but the shittam is one of the many variants of the acacia. But why was this wood chosen? Biblical scholars state that it was chosen because it cannot decay. While that might be a bit of an overstatement, the wood is extremely durable, water resistant, and also resistant to mold and insects. Natural oils in the wood make it resistant to dry rot.

In a more modern vein, acacia was chosen as the choice wood of the Royal Navy, during the age of sail, due to its durability. While the United Kingdom was a globe-spanning empire, it should be noted that the various varieties of the acacia did not grow in England, but required warmer climates; therefore, all acacia used in the building of British ships had to be imported from other parts of the British Empire.

There are actually over 1,300 related trees in the acacia family and wood that is sold as acacia can come from any of them. While the color may vary, ranging from honey tones to rich browns; most acacia is medium to dark brown with stunning grain patterns. The grain tends to be wavy, including tiger strips and birds eyes, characteristics that stand out and make the wood truly attractive, either for furniture or flooring.

The various varieties of the acacia grow rather rapidly, making it a sustainable material. Nevertheless, the price is rather high, considerably more than domestic hardwoods. Some of that cost is attributable to it being an imported wood that grows in hotter climates, but much is due to the hardness of the acacia wood, making it difficult to cut. Another factor that drives the cost up is that it must be dried very slowly to prevent warping and cracking.

Acacia is heat-sensitive, so should not be used near a heat source. Excessive heat can cause it to warp and crack. It also has a tendency to change color, graying over time. This process can be stopped by proper maintenance of whatever finish is used on the wood.

More than anything, acacia is used for the manufacture of furniture and cabinetry, where the beautiful grain of the wood can be shown off. It is a favorite for use in situations where there is contact with water, due to its natural water resistance. However, it is not waterproof and should still be finished. Due to the hardness of the wood, it is very scratch resistant, allowing acacia wood furniture to remain beautiful for years, even when mistreated. The finish may give out, but the surface of the wood beneath will not. Acacia is harder than oak, maple and teak; woods that are traditionally known for their hardness. It is commonly thought of as being the hardest wood in the world, although there are several woods that are harder. However, in all fairness, those woods are not in as common use as acacia is.

Acacia is also used extensively in places where an attractive wood might be needed, such as in knife scales, pistol grips and other decorative wood items. Highly figured pieces and burls are favored for these applications.

It can be challenging finding acacia wood for sale in the United States, although there is no restriction on the import of the wood. Veneer is available for about three times the price of walnut veneer. Acacia plywood, for making cabinetry, is a special order item and must be purchased in quantity.