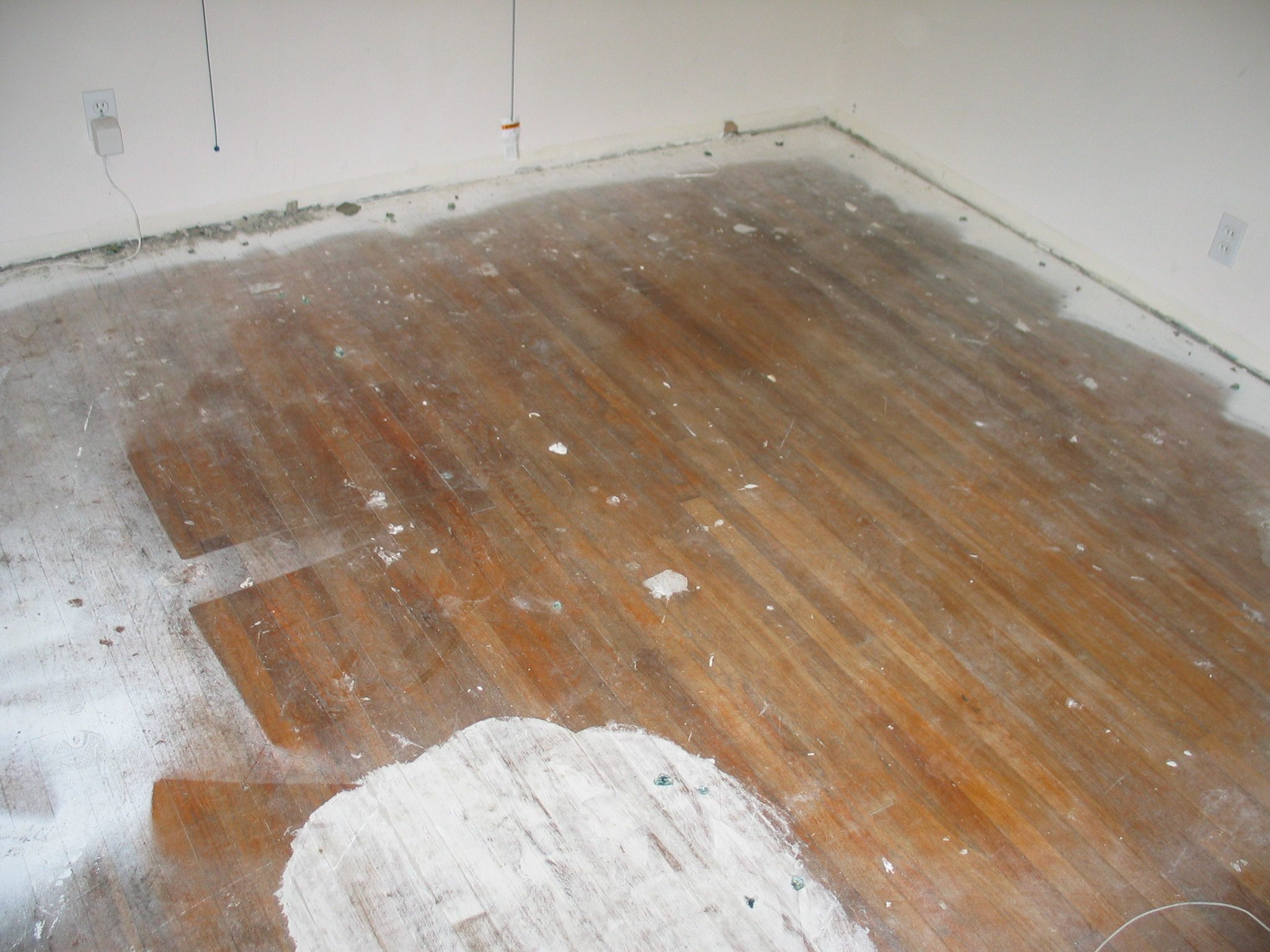 Pull up the carpeting in any home and you’re going to find either hardwood flooring, a concrete slab or plywood. A lot of that depends on when the home was built, who it was built by, and how upscale the home was when it was built. Many modern homes use OSB, which is often mistakenly called chipboard, to save money. But in reality, OSB and chipboard are not the same thing, even though they look similar.

Regardless of what’s under there, it has to provide a smooth surface, without ridges. Otherwise, the underlayment or subfloor will damage the carpet backing, causing premature failure. Carpet installers usually look for these potential pitfalls and will deal with them, before installing the carpet, so they’re not likely to be encountered, unless the carpet was installed by the owner.

The only time that concrete will be found under carpet is when the home is built on a slab or when carpeting is installed in a finished basement. It’s not uncommon to find it installed over hardwood in older homes, as plywood didn’t become common for subflooring until the 1940s or 50s. OSB didn’t start being used as subflooring until a change in the building code allowed it in the 1980s.

Both ¾” thick plywood and ¾” thick OSB are equally acceptable as subflooring according to the building code. This has led many homebuilders to switch over to OSB as their standard, especially for tract homes. The reasoning is that OSB is as strong as plywood and it saves the contractor a couple of dollars per sheet used. That can add up to substantial savings. However, fine home builders still use plywood and not OSB, both for the perceived benefit and because it is more durable.

The potential risk with OSB is that it becomes more easily damaged when wet. The many edge-grain edges exposed in a sheet and especially at the edges soak up water much quicker than typical construction-grade softwood plywood does. This soaking up of water is worse on the edges, where OSB may have as many as 50 layers exposed.

If you’ve ever seen a roof where the edges curl upwards, you have a good image of what happens to OSB when it becomes wet. The water causes the layers to expand along the edges. But they don’t go back to their original form, once dried, unless they are put under pressure. This can happen with a floor, just like it can for a roof, if the floor ends up receiving a lot of spills.

While plywood is an excellent material for flooring, pressure treated plywood should not be used. By and large, pressure treated plywood is still wet when it arrives at the lumberyard. It takes a full six months in the sun, after it installed, for it to dry out. During that time, it shrinks slightly. So if it is used for subflooring, small cracks will form between the sheets, as the plywood dries. These will become abrasion points for the carpet backing or pad, just like any other exposed edge or ridge.

The first part of replacing carpeting in any home is to remove the existing carpet and pad. There are two basic types of carpet construction, either with a built-in foam pad backing or a cloth backing with a separate foam pad underneath. In either case, the foam will most likely be glued to the floor. However, it is not well glued, all the way across the surface. Rather, it is glued in spots or a single line of glue near the edges.

While the carpet can just be pulled up, it’s better to use a scraper, so that the glue is removed along with it. A razor scraper will leave a smooth, flat surface, ready for the new carpeting.

Before installing new carpeting on that floor, it’s important to ensure that there is a smooth flat surface. This might require filling in some damaged areas, where glue was removed. In that case, overfill the damaged areas and then once the wood putty has had time to dry, sand it down flush with the surface. That will prevent shrinkage from making the filled area end up below the surface of the plywood.

If the existing floor is damaged enough or there is too much adhesive to clean it off, leaving a smooth surface, it might be necessary to add a layer of underlayment. While there are several different types of specialty underlayment materials on the market, the most common for use under carpeting is ¼” thick plywood. The main purpose of this underlayment is to ensure that there is a smooth surface. So take extra care to ensure that there are no edges which are higher or lower than others.

Carpet tack strips are normally used for stretching and holding the edges of the carpeting in place. They can usually be reused, if they are undamaged. However, if an underlayment is added, then it is necessary to remove those carpet strips before installing the underlayment and then either reinstall them or install new tack strips on top of the underlayment.

There are times when it might be necessary to attach carpeting directly to a piece of plywood, other than a floor. Many equipment cases, used for sound systems and traveling shows are made of plywood, covered with a low pile carpeting. While some specialty carpeting is used, homemade cases are usually covered with the cheapest of the cheap carpeting.

The main reason this type of carpeting is used is that it is thin, making it easy to install it around corner. The thin carpeting also works out well with the hardware usually installed on these cases. If not purchasing specialty carpeting for cases, then check to see that the carpet purchased is capable of making a tight radius around a corner.

In this application, the carpeting is installed with spray adhesive. Corner are normally covered with plastic or metal bumpers. In some cases, the entire edge is covered with an aluminum angle, making it even more dent resistant.

Rather than cutting the carpet to fit, always cut it oversize. The adhesive used for this does not allow for repositioning the carpet, if it is not in perfect alignment the first time. By cutting it oversized, there is extra material available to make up for that.

The spray adhesive used is a form of contact adhesive. Therefore, it is necessary to spray a good coating on both the surface of the plywood and the back of the carpet. Allow the adhesive to tack, before connecting the two together. In most cases, the cabinet is then laid upside-down onto the carpet, with the adhesive side of the carpet up. The carpet is then wrapped around the case, ending up with the seam on the bottom.

One of the beauties of using this sort of cement, with instant adhesion, is that it makes it easier to go around corner. Smooth the carpet onto the first surface, all the way to the edge, ensuring that there are no bubbles. Then stretch the carpet and lay it onto the adjacent surface. Use a hand to smooth out the carpet, starting from the corner and working towards the opposite end. This ensures a nice, tight corner.

Depending on the case design, there will usually be excess material to cut off. On the bottom of the case, cut one side first, then bring the other end of the carpet up to that point and then cut the other edge to match, smoothing the two ends together.

For other corner, such as those going around the face and meeting up with mounting rails, it will be necessary to miter cut the carpet. Bring the two sides together, forming the miter, then cut it off flush at the plywood. Then wrap the ends around to the inside of the case.

It may not be necessary for the case being constructed, but if any seams or ends are close to the edge of the piece of plywood or are near an outside corner, it can be helpful to staple the edge of the carpet to the plywood with 5/16” staples. Hammer the staples down, without collapsing them, to ensure they are fully inserted into the wood. This will also help to hide them within the nap of the carpet.

Other cabinet hardware, such as corner, handles, and feet are attached to the cabinet once the carpet is applied all the way around. Take care when drilling through the carpet, so that the carpet doesn’t get caught in the drill bit and unravel.